Please ensure Javascript is enabled for purposes of website accessibility
Free Article Join Over 1 Million Premium Members And Get More In-Depth Stock Guidance and Research
By Daniel B. Kline - Jul 15, 2017 at 7:32AM

You can ruin your chances at getting hired by not being careful.

Many people use social media strictly for fun.

Perhaps your Facebook ( FB 2.59% ) and Instagram are only for family and friends. Maybe you mostly use Twitter ( TWTR 2.43% ) as a news source and you may even have some lesser social media accounts like Pinterest or Tumblr devoted more or less to various hobbies.

Whatever your social media presence may be, it's important to note that it can sink a job search. What may seem like a fun photo to post could raise a red flag with the person vetting you for a possible job.

That may not be fair, or even correct, but sometimes even the appearance of impropriety is all it takes for someone else to get the job. To protect yourself from that it's important to do a deep cleaning on your social media accounts before you even think about looking for a job. 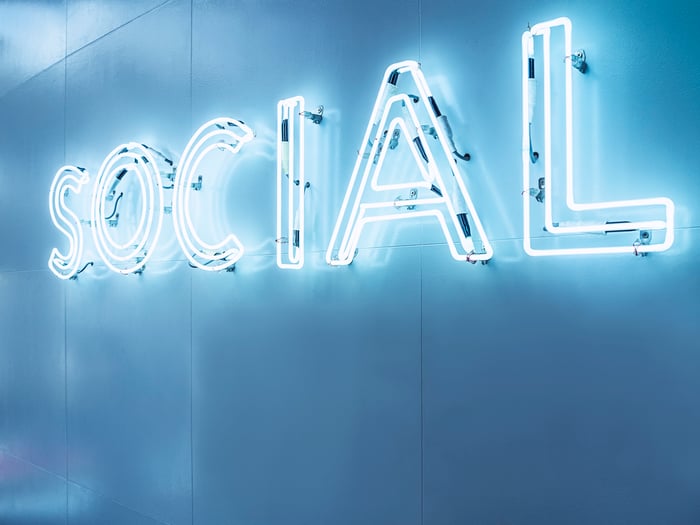 Your social media presence can ruin your chances at getting hired. Image source: Getty Images.

The most obvious potential problems are pictures that show you doing something improper. A single photo from a friends wedding with a drink in your hand and a smile on your face probably won't cause you any problems, but a feed dominated by party photos will.

You will also want to avoid pictures where you're doing something even semi-illegal (so no pictures of your bong even in states where marijuana is legal). In addition you will want to remove any nudity and probably any near-nudity since your future boss probably does not need to see you in a Speedo or a string bikini.

In addition to potentially damning pictures you should also be careful when it comes to words. Again, this may not be fair as Facebook, Twitter, and social media have become platforms for public discourse, but you should try to remove any of the following:

This is not a complete list, but it gives you a general idea of what to look for. Put yourself in the shoes of the person doing the hiring. For example, you know the picture of you dressed in a Nazi uniform was from a historical reenactment that was appropriate and tasteful. Someone seeing that image without context won't know that.

Be careful and smart

It's important to remember when posting on social media that the internet is not private. Yes, there are privacy settings on Facebook and Twitter, but once you put something out there -- even if only a few people can see it, it's possible the wrong person will come across it.

In general, even when not looking for a job, it's best to think of your social media presence as how you present yourself to the world. Do you want to be seen as a party animal or as a put-together professional with diverse interests, a loving family, and wonderful friends?

You control how people see you, at least on your own pages, and it's important during a job search especially to showcase your best you. That could be the difference between getting an offer and never knowing why you had a great interview but never heard back.

Options for Beginners: How to Think About Diversification

Why I'm Not Pouring My Savings Into Facebook Stock

How to Buy Facebook for the Price of a Penny Stock