Would you believe me if I told you that in one of my late-night channeling sessions, I made contact with your future self and brought back some really helpful career advice?

That serene, battle-tested version of you simply brims with useful tidbits to enhance your success. And I must add: The person I met is quite the storyteller. 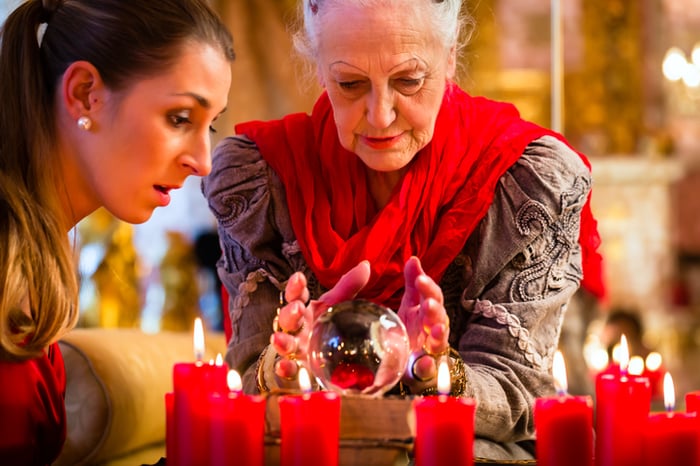 OK, so I didn't actually fire up my crystal ball -- it's on hiatus, tucked away deep in my bedroom closet. But at the request of my editor, I did envision that conversation. Curious to know what you saw at the end of the earnings rainbow? Here are my notes from the dialogue, edited for length and clarity.

One of the most emphatic points you made to me: Seek out and embrace guidance from people you admire. Mentors can be invaluable in reducing your learning curve. An engaged mentor will be vested in your success and help you avoid repeating his or her own biggest career mistakes.

Mentors don't necessarily have to be found within your current organization -- sometimes you have to muster up the courage to contact an external expert whom you'd like to get advice from. Who has knowledge and experience which truly inspires you? Take a deep breath and reach out.

As you move through various positions, try to stay in contact with those you've chosen as advisors on your career journey. Long-term mentors are a source of connections, knowledge, and, most of all, support and encouragement.

In fact, at a crossroads in your career -- which, I must warn you, your future self relayed may come sooner rather than later -- reaching out to your mentors will solidify your sense that, after much deliberation, you're taking the right plunge. 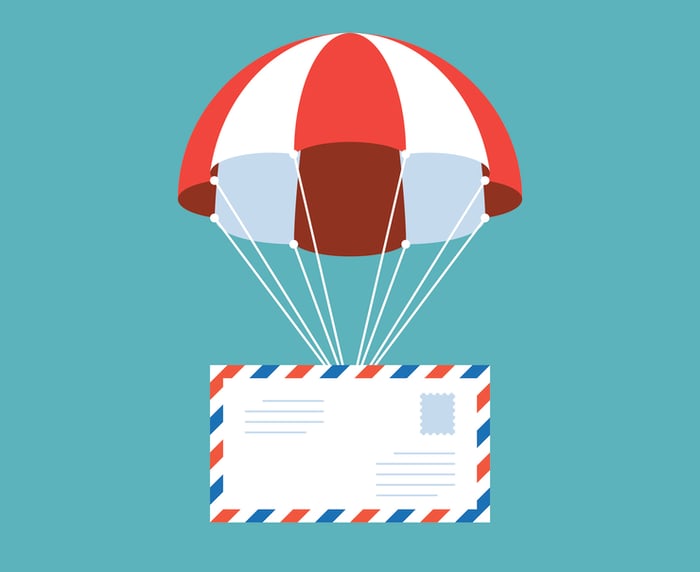 Saving is wonderful. But salting away is better.

As many personal-finance gurus will attest, it's sensible to allocate part of each paycheck to savings. Everyone needs some emergency funds. But over time, the rates you obtain on savings aren't likely to match the rate of inflation.

To illustrate: According to Bankrate.com, the national average interest rate on bank savings accounts at the time of this writing is a paltry 0.09%. I wish that was a typo, but you read it correctly -- less than one-tenth of 1%.

Now, according to the Bureau of Labor Statistics' Consumer Price Index (CPI), consumer inflation rose 1.6% in the 12 months ending in June. So in the current interest-rate environment, saving is tantamount to capital erosion.

It's better to "salt away" money -- i.e., invest it on a regular basis. The idiom "salt away" comes from the practice, since ancient times, of salting meats and other perishables to preserve them.

This metaphor for investing addresses the deficiencies of saving. To get over that inflation hump, preserve and increase your funds, you've got to invest, and not with an occasional, lump-sum effort, but at a regular cadence. Salt away: Get it?

A common strategy is to allocate 15% to 20% of each paycheck primarily to investments, with 2 to 3 percentage points directed to rainy-day savings. What's left are your "means" within which you can live, and you can budget monthly expenses from this remainder. Your future self wanted me to get on your case about this vital action -- don't procrastinate.

Over the decades of an earning career, what you'll end up preserving are your dreams for retirement and a safety net for your post-working life. Need to bone up on investing? Start here with this very Foolish resource.

Embrace dues-paying, the foundation of a career with impact

There's nothing wrong in plotting out an ambitious career course, but never run so fast that you neglect to pay your dues.

It's hard to see this at the start of the race, but you'll probably see over time that some of the most successful people advance their careers by simply focusing fiercely on what's at hand.

So put in time to learn your job well, from the most basic, boring, routine tasks on up. Staying long enough in a position to make a meaningful contribution can teach you much about the true nature of work.

Certainly, there will be occasions in which a fortuitous event chain opens up a world of advancement -- seize those unanticipated job opportunities. But true masters of any discipline are never afraid to pay their dues, so be fearless in this regard.

The other side of the see-saw 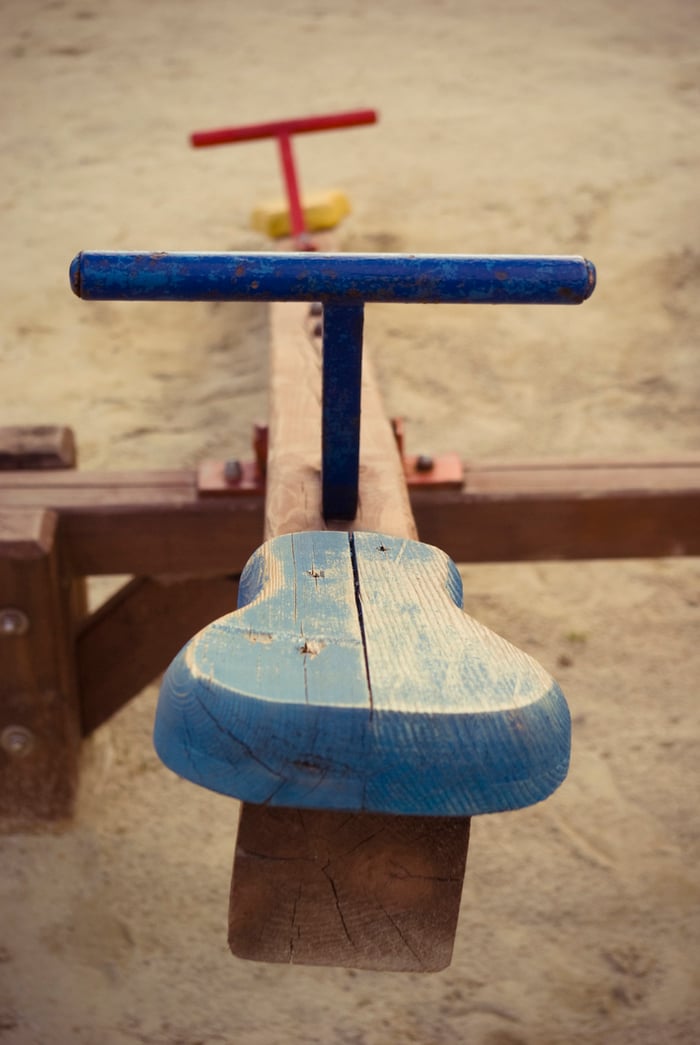 You used to love jumping on these! Image source: Getty Images.

Balance is all-important -- but you knew your future self was going to mention this, correct? Cleave tight to family and friends, as they provide a counterweight when stress and dead-ends leave you grounded on one side of the see-saw. These key relationships are in many ways more important than your career -- a lesson, it seems, that too many of us learn after the fact.

Minimize time with toxic co-workers, and avoid the trap of becoming vindictive yourself. Rather, gravitate toward people who have a positive effect on you and others.

As for health, remember to exercise and eat well, and don't skimp on sleep -- it's your time for cognitive repair. A 2013 study funded by the National Institutes of Health found that during sleep, cerebrospinal fluid flows through the brain through a system of channels, clearing out toxic molecules. Your mind literally cleanses and replenishes itself during an extended period of shut-eye.

At times you may have to pull long hours to finish a project, but don't let that become the norm. Ridiculous hours may be a badge of achievement in some workplaces, but you should strive to work in an environment in which results are valued over Herculean stretches of wakefulness.

Finally, the most surprising message from your future self

This is going to come as a shock, but apparently, at the age of 67, you relayed to me that you went back to school.

It's never too late to fulfill your curiosity, and in fact, the post-career years are an ideal time for learning. In our conversation, your future self was adamant that your numerous luminary achievements, and even the money you made, weren't the highlights of your working days.

Instead, you flourished by making it a priority to spend your career learning. You treated time as a limited resource and never thought to look back. After retirement, you decided to go in for a degree you had long considered outside your expertise. I'd reveal it to you, but that would take the surprise away. Here's the final sentence from my notes, a tip to yourself from which I quote directly: "Hey, kid! Always be in learning mode."