When we think of summer, we often imagine days spent lounging on the beach, swimming at the neighbor's pool, or hanging out at the local ice cream joint. But for some people, summer isn't an extended period of leisure. Rather, it's a time to get working and bring in some extra cash.

Surprisingly, it seems today's teens aren't all that motivated to work when school's out. Only 43% of teenagers held jobs last summer, compared with 72% back in 1978, according to the U.S. Bureau of Labor Statistics. And while many teens are forgoing employment to take classes, volunteer, or do other such things that further their education and increase their chances of getting into college, for others, it's likely a matter of not wanting to waste away behind the counter of a fast-food joint or suffer a similar fate. 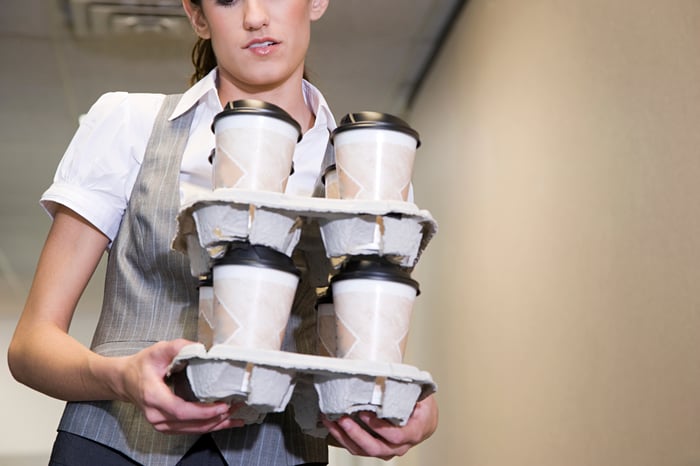 We know. We've been there, too. Here's a rundown of some of the worst summer jobs our Foolish investors have ever held -- and what we learned from them.

Daniel B. Kline: During the summer through high school and college, I worked at summer camp, a delightful job that I have incredibly fond memories of. In college, however, I had about a month between the end of school and the beginning of camp. During that break, I was put to work in my family's ladder and scaffolding business loading trucks.

It was difficult work that involved not only strength, but also logistics. Each truck made multiple stops, and the driver had to unload each delivery. That made it incredibly important to make it so each delivery could be removed without having to move around many, if any, items.

Loading trucks taught me that I was not only very bad at loading trucks, but also that something that seemed like just physical work actually required a whole different kind of intelligence. The supervisor of that department, a man who still works for my family 24 years later, had a deceptively difficult job. He had to manage people, time, and essentially a puzzle in each truck.

It was work I was not good at, partly because I wasn't the strongest fellow at that age, but mostly because it required problem-solving skills that I lacked. Doing the job, however, gave me an appreciation for something that on the surface looked like unskilled work. I carried that lesson to a variety of other jobs, where I made a point to not make assumptions about what people did and what it involved.

I've gotten up early to deliver papers, spent days making things in factories, and have generally made an effort to learn what people do. In nearly every case, the work proved different than expected, and many times I gained perspective that helped me perform my actual job better.

Selena Maranjian: Kids can be a lot of fun, but that's not always the case when you're a teenager who's being paid to care for two diaper-clad children full-time. It seemed like a great summer opportunity to me at the time, but I hadn't thought it all through sufficiently. When the mom interviewed me and asked if I knew how to change diapers, I assured her I did. But I didn't. And when the time came to change them, I struggled.

The lesson here is to make sure that any job you seek aligns well with your skills and interests. I really appreciated how important it is to be a good fit for a job when I landed my job writing for The Motley Fool, more than 20 years ago. I had always been a writer, even putting out newsletters in grade school. And I liked teaching and explaining, having been a high school teacher, too. I also had a newfound and strong interest in investing and the business world. Together, these attributes made me a great fit for a company publishing articles in order to help people manage their money better.

If you're looking for a job or are thinking of changing careers, spend some time thinking about what you love to do, what you're actually good at, what fields interest you most, and what jobs would be a good match for all that. But don't take any old job and expect to just wing it.

Maurie Backman: Like Selena, I dabbled in the world of child care during my summer breaks, only instead of being tasked with watching a pair of children, I was in charge of 15 of them. At first, I thought the role of camp counselor would be a breeze. Sure, it was a lot of kids to keep tabs on, but our schedule was loaded with activities, and the children were adorable -- at first. As the summer wore on, I came to realize that those innocent, smiling faces were capable of more mischief than I ever could have imagined.

One girl, for example, had a tendency to tackle me from behind when I wasn't looking. Sometimes she'd grab me by the ankles and take my entire body down in one fell swoop. Another girl liked to make a mess during lunchtime. Once, the kitchen staff did a breakfast theme of waffles and pancakes, and that same child took it upon herself to dump an entire jar of maple syrup over another camper's head, which was an utter nightmare to clean out.

Then there were the lice outbreaks, stomach viruses, and all the other things that creep up when you throw a bunch of young children together in a room and hope for the best. By the end of the summer, I was mentally and physically exhausted, and I hardly had any money to show for it. See, as counselors, we were paid rather poorly, and our income was heavily dependent on tips. Unfortunately, many of the parents were less than generous, and so for all that hard work, I was barely a few hundred dollars richer.

But I learned an important lesson: Don't count on other people to supplement your wages, and next time, take a job where you know what you're getting into. I wound up working at that camp again, mostly out of desperation, but the following summer, I made sure to negotiate a better salary and got to choose my co-counselors -- friends from the previous year who I trusted to pull their weight. And both of those factors made for a much better experience the second time around.