Please ensure Javascript is enabled for purposes of website accessibility
Log In Help Join The Motley Fool
Free Article Join Over 1 Million Premium Members And Get More In-Depth Stock Guidance and Research
By Daniel B. Kline - Dec 7, 2017 at 7:02AM

Automation is here and it's going to accelerate, but many workers aren't ready for the new reality.

Americans have decidedly mixed attitudes about the possibility of automation and robots taking jobs. Most job seekers (77%) have heard the term "job automation" but only 30% say they understand the term, according to ZipRecruiters's State of the American Job Seeker report.

The data shows that job seekers are a bit confused. For example, 60% of job seekers believe that fears around robots taking away jobs are over-hyped, but nearly 2 in 3 job seekers (64%) believe workers in most industries will be replaced with computers or robots in their lifetime.

It also appears that the more job seekers know about automation, the more it worries them. Of those looking for a job who heard of automation, 70% say they are looking for jobs that are less likely to be automated. 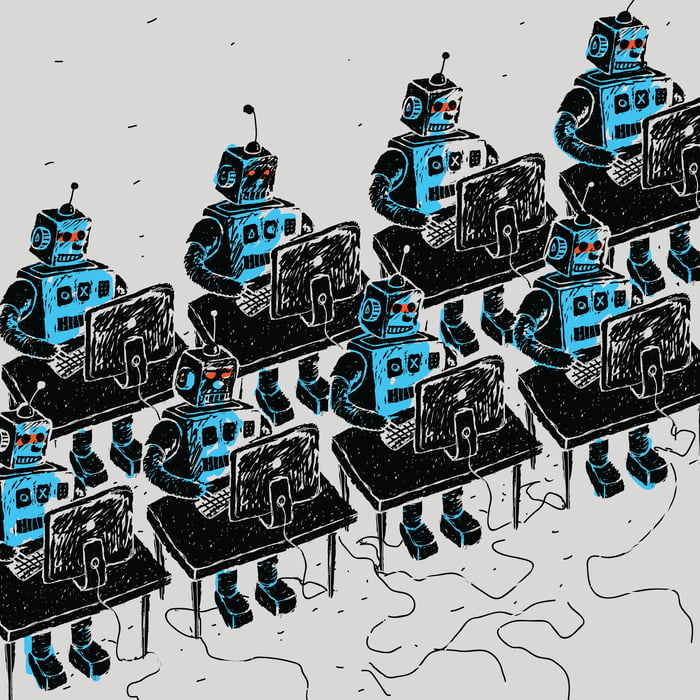 "Automation is changing the way we work, and emerging artificial intelligence technologies will in some way affect the careers of workers in almost every industry," said Ian Siegel, ZipRecruiter CEO in a press release.

Change, however, does not mean that there won't be jobs. Forecasts of the impact vary widely with some analysts predicting huge decreases in available jobs and others suggesting that technology has historically changed the job market, not eliminated the need for workers. What's very clear, according to the ZipRecruiter report, as well as the related studies it cites, is that the skills needed to get a job are changing and will continue to change.

"Technological job displacement has already begun, and it is essential that America's workforce is prepared to adapt," said ZipRecuriter Chief Economist Cathy Barrera. "In our report, we found that cost was the top reason for not being able to acquire STEM skills or soft skills -- the two sets of skills currently considered safest from automation.

Change has already come and more is coming. Cost is a challenge for job seekers, especially those already saddled with college debt. The second most-cited reason for people not learning STEM or soft skills -- individuals not believing they need them -- is easier to solve.

"This demonstrates how important access to information and training will be in ensuring job seekers don't get 'left behind,' and are instead able to seize the unprecedented opportunity technology has to offer," Barrera said.

It remains unclear exactly how much automation will impact the number of jobs available, but until robots can design, maintain, and improve themselves, clearly work remains for humans. Going forward some jobs will be eliminated and new fields will emerge to replace them.

To stay employed, or get a job in the first place, workers are going to have to adapt as the market's needs change. For many, that will mean more training, being open to doing different kinds of work, and adapting before change comes in order to not be swept aside by it.