Some electronic job applications skip the cover letter altogether. That's a negative for applicants, because it removes a chance to make yourself stand out -- to show that you're more than a list of past jobs and accomplishments.

A good cover letter can help you get noticed amid a sea of people with similar qualifications. It's an opportunity to convince an interviewer to take a chance on you, or to show that you're clearly the right person for the job.

Many job applicants don't pay enough attention to their cover letter. They treat it like an obligation, not an opportunity. That's a mistake you should avoid. Below, three Motley Fool contributing writers share their tips on crafting the perfect cover letter and getting the job. 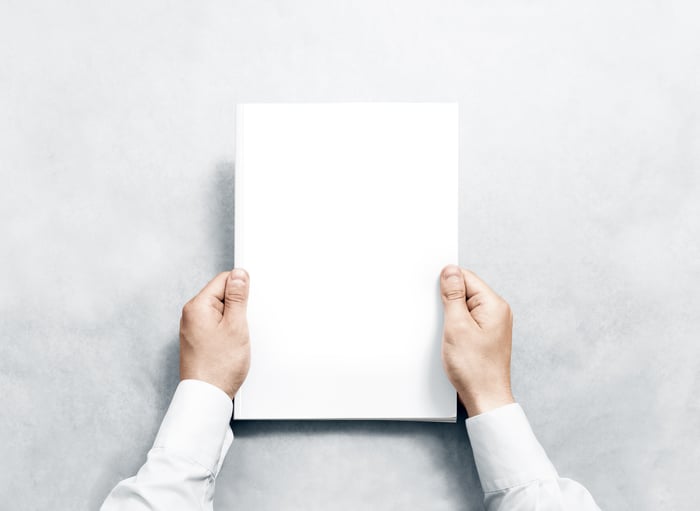 Consider a cover letter a chance to show things that are not on your resume. Image source: Getty Images.

Maurie Backman: While your resume's purpose is to summarize your experience and highlight your skills, your cover letter lets you not only delve deeper into your qualifications, but let your personality shine through. That said, your cover letter shouldn't tell your life story, nor should it be an extended version of your resume. Rather, you should aim to keep that letter as concise as possible so that those reading it don't get bored or annoyed.

When crafting that cover letter, take care not to repeat yourself. Introduce yourself briefly, explain why you're applying for the role and what excites you about it, and talk a bit about those skills that make you the right fit. Then wrap it up with a thank you and call it a day.

Ideally, your cover letter should be one page in length or less. In some cases, a half-page cover letter might work, too. But don't go to the opposite extreme and submit a one-paragraph letter. If you don't include enough detail, you'll come off as lazy. You're looking to achieve that perfect balance of providing just enough information without going overboard.

Help them see how you're a great fit

Selena Maranjian: As supervisors make their way through applications, they'll be setting aside the most promising applicants. And those won't necessarily be the candidates who went to the best schools or chose the most handsome fonts for their resumes; it will be those who made it clear that they're a good fit for the job.

Start by carefully studying the job description and jotting down the key skills and qualities that are needed for the position. If possible, talk to someone in the know and get briefed on what the hiring manager sees as the most critical requirements. You might, for example, know someone who works for the company or who works in a similar position at a similar company.

In your letter, offer examples of how successful you've been doing the kinds of things the job will require. For example, if you're applying for a job in the finance department, you might explain that your analysis of a previous employer's budget helped identify several million dollars in savings.

If the job requires project management skills, briefly describe one or two projects that you managed particularly well -- perhaps finishing early and under budget. You want the reader to be able to imagine you doing the job -- and absolutely crushing it.

Daniel B. Kline: In some cases, you may know that you're qualified for a job, but your resume might not quite show it. Your cover letter can connect the dots.

Let's say the new job involves selling products, and though you've never held the title of salesperson, you nonetheless have experience in sales. In your cover letter, you can describe how your past experience is relevant and qualifies you for the position.

If the connection isn't quite that clear, but you still believe your experience has prepared you, then take your shot. Many years ago, I had no experience in business writing, but I used my cover letter to convince a hiring manager at a local business journal to interview me for an editing role. My argument was simple. I had journalism experience and had spent four years actually running a retail/wholesale/manufacturing business. That, plus my writing background, gave me the needed experience.

That tactic worked, and I landed an interview. Certainly, there have been other times when it has not worked, but it's always better to put your best self forward.

A cover letter can give you a shot at a job you otherwise may not be considered for. It can also help you stand out ahead of similar candidates. Consider it a tool in your job application kit and make full use of it.