Americans certainly aren't strangers to hard work. An estimated 40% of U.S. employees regularly put in more than 50 hours a week, while 20% put in more than 60 hours. Throw in the fact that American companies are notoriously stingy when it comes to vacation time, and it's no wonder so many workers feel perpetually chained to their desks. In fact, U.S. employees are so desperate for more time off that 58% claim they'd be willing to trade an equivalent change in pay for those extra days out of the office. Talk about being desperate for a break.

How much vacation do Americans get?

Though some companies are adopting unlimited vacation policies, the average American worker still gets just 10 paid days off per year. But when we think about the amount of time most of us spend plugging away, that's not a whole lot. 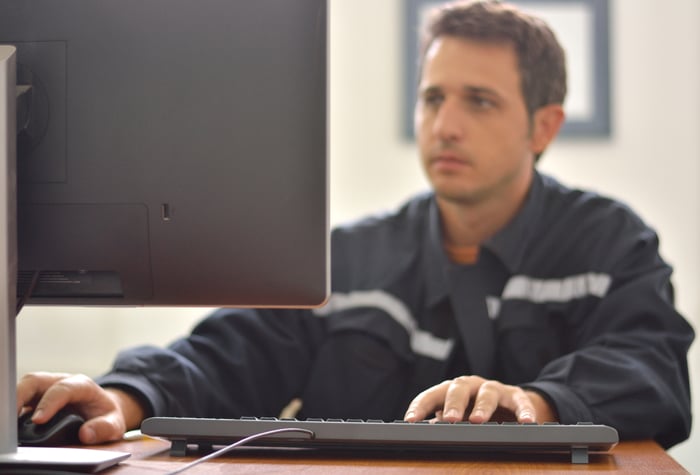 These days, many workers are expected to log in long hours during the week and put in more time on weekends as needed. Often, this extra work comes with no additional compensation. In light of that, 10 days off over the course of what can easily be a 260-day work year doesn't seem all that generous -- or fair.

Worse yet, some companies don't distinguish between paid time off for leisure purposes versus sick time. This means that plenty of employees out there get 10 days total across both categories, which explains why so many workers have a tendency to come into the office when they're sick.

Fighting for more time off

Although 58% of employees claim they'd be willing to forgo a proportional percentage of their pay in exchange for more time away from the office, many workers don't have that luxury. An estimated 75% of U.S. adults already live paycheck to paycheck, and to lose even a small portion of their income would be detrimental to their immediate and long-term financial health.

That said, if your company's time-off policy isn't great, it never hurts to round up your colleagues and make the case for a better one. First, don't be afraid to play the burnout card. The more time you spend working without a break, the more likely you are to start feeling disillusioned and just plain drained. Along these lines, not getting time away might come to impact your productivity, so if you can make the case that a little extra vacation will help you and your colleagues come back more refreshed and focused, your employer might be willing to concede.

But perhaps that most compelling argument you might make in favor of more vacation time is that it won't end up costing your company money. If you work to institute a system that prevents a decline in output when different players are away, it alleviates the concern of losing money. So take a look at your team's configuration and see how you and your coworkers might manage to better back one another up to allow for more time off. Incidentally, you'll look like a hero for implementing a better system regardless of whether you get extra vacation days in the process.

There's no questions about it: Americans work very hard and get very little time off in return. But the more we all make a stink about it, the greater our chances of slowly but surely getting the tide to turn.