Please ensure Javascript is enabled for purposes of website accessibility
Log In Help Join The Motley Fool
Free Article Join Over 1 Million Premium Members And Get More In-Depth Stock Guidance and Research
By Daniel B. Kline, Jason Hall, and Maurie Backman - May 22, 2018 at 7:27AM

Some lessons stick with you over the years.

For many people, a summer job marks their first experience in the working world. It's an opportunity to see what it's like to work hard and get rewarded with a paycheck.

Of course, summer jobs are also opportunities to earn some harsh realities and make your first on-the-job mistakes. Our panel of Motley Fool contributors have all held some interesting jobs throughout their careers, and each one of us has worked through some summer vacations. We learned some valuable lessons that carry through to today. 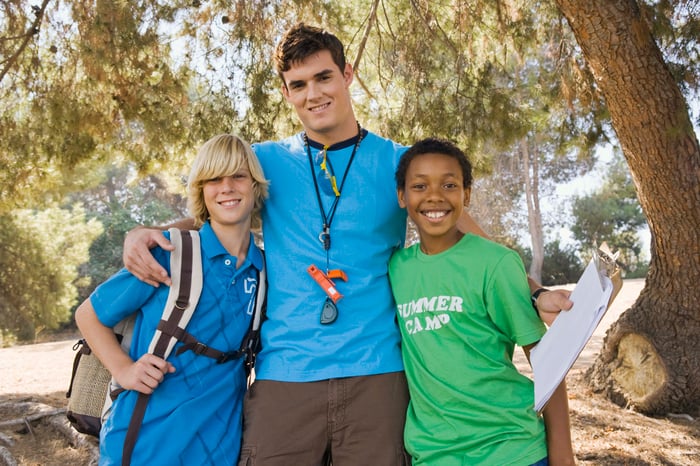 Maurie Backman: I worked as a camp counselor during my teenage years, and while it wasn't a job I particularly enjoyed, it did teach me one valuable lesson: the importance of people skills. As a counselor, I had to wrangle a herd of small children and keep them entertained day in, day out. By the end of each day, when I was utterly drained, the last thing I wanted to do was make small talk with parents, but I always made a point of being polite and chatting about the children instead. And it paid off, because when the end of each summer rolled around, I often took home a far greater amount in tips than my co-counselors.

What those summers helped me realize is that there's always a good reason to be polite and friendly to others in a work context, even when you're not expecting them to throw a few extra dollars your way. When I worked for a marketing company years ago, every performance review I received contained positive feedback from others about how easy and pleasant I was to work with.

Though I acted that way out of a genuine desire to be helpful to the kind people at my company, I was told that that was one of several reasons I wound up landing a raise at a time when most of my peers got no extra compensation.

Even if you're not in the customer service business per se, it pays to be helpful and personable. You never know how it might pay off.

Don't be a slacker

Jason Hall: Back in high school, I landed a summer job at the local golf course, working on the grounds crew. Unfortunately, I started off on the wrong foot by falling in with some, to be blunt, lazier members of the crew. I followed their lead and started taking shortcuts and half-measures on assigned tasks. Needless to say, it didn't take long for this to come back to bite me. I nearly lost the job by treating it like a throwaway.

Fortunately, a good friend -- who had recommended me for the job to begin with and whose reputation was on the line -- was able to bail me out, but only after I promised to get my act together and pull my weight. So I stepped up, and although it didn't save me from a summer of difficult, dirty tasks, my willingness to work hard and take my lumps paid off. I was asked to stay on for weekends during the school year and to come back the following summer, when I promptly got a share of the easier work. I also didn't burn my friend, who stuck his neck out for me twice.

The biggest lesson I learned was that when I started taking my job seriously and worked hard to be a dependable partner, it paid off over the long term.

Never be above any work

Daniel B. Kline: My first summer job was at the overnight camp I had attended for the previous six years. I wasn't a counselor. Instead, I was a sort of general worker -- an employee who did anything that needed doing. Sometimes that meant unclogging toilets, and on other occasions it might involve refereeing a basketball game.

A lot of the work was fairly difficult, and our boss -- one of the top managers at the camp -- had the unfortunate task of telling us what we'd be doing that day. Some of the work -- like clearing out poison ivy with a machete under the blazing hot sun, or moving rocks after the camp's annual "gold rush" event -- was quite taxing.

Our boss had every ability to delegate the tough jobs and busy himself with office work. Frankly, he had a private cabin and could have sent us on our way and settled in to read a book. Instead, whenever he could, he worked alongside us. That made me more willing to take on any task (and it explains how we both got brutal cases of poison ivy). He could not always help us, as he had other responsibilities, but when he could, he did, and that was a strong example I still try to follow nearly 30 years later.