No matter what industry you work in, there's a chance you'll encounter your share of toxic coworkers who make your job more miserable than necessary. But what happens when you're that awful colleague nobody wants to work with? Though you might think you're a valuable addition to your team, here are a few telltale signs that your fellow officemates don't enjoy working with you one bit.

1. No one wants your help with projects

Most workers would jump at the chance to get more hands on deck for whatever assignments they're tasked with. So if you notice that nobody ever asks you for help or wants you involved in their projects, it could be because you're more trouble than you're worth. 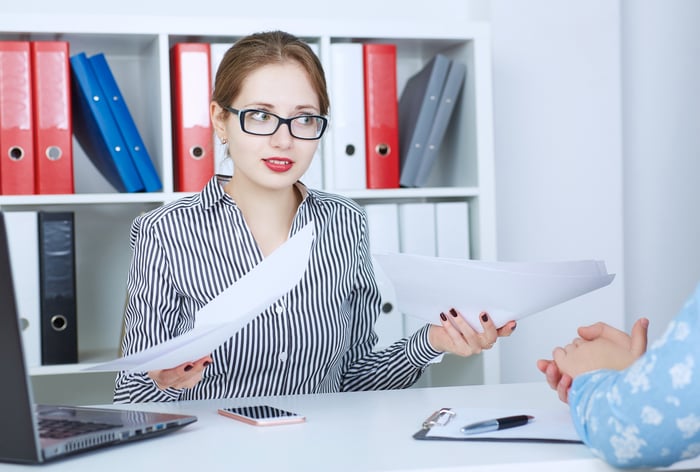 2. Your meeting calendar is unusually open

Most people who work in an office attend their share of meetings. But if you find that your calendar is no longer filled with appointments, and that meeting invites haven't been hitting your inbox in weeks, it could be because others don't want to work with you.

3. You're left out of important decisions

When workers are tasked with major decisions, they tend to solicit others' opinions to ensure they're making the right call. But if your colleagues never ask for your input on business matters, it could be due to the fact that you tend to approach those conversations with too much arrogance or negativity, neither of which is helpful.

4. No one ever disagrees with you

In any given workplace, you're apt to find your share of conflicting opinions, and that's actually a healthy thing. But if you find that no one ever dares disagree with something you say, it's not necessarily because you're just plain always right. Rather, it could be that your colleagues have accepted that arguing with you is futile, and they'd rather not waste their time.

If it's suddenly dawning on you that you're the problem coworker in your office, it's time to change your ways to not only improve your office relationships, but ensure that you don't end up compromising your job. For one thing, learn to become a better collaborator and listener. Rather than approach conversations with an opinion you're 100% locked into, make it clear that you're open to other people's ideas.

Similarly, don't react negatively when colleagues disagree with you. You're allowed to be passionate about doing things a certain way, but argue your points respectfully, and don't snap at others for having opposing views.

Along these lines, know how to participate in group conversations. Don't interject constantly, because that will only annoy the folks you're working with. Rather, let each person have his or her say, and then offer your opinion.

Finally, volunteer help graciously when your colleagues need it. Don't grumble when you're asked to jump in on projects that technically aren't yours, and don't make your coworkers feel bad about taking up your time. If you make your aggravation too obvious, your team members will stop coming to you, which won't necessarily bode well once your boss gets wind of it.

Developing positive relationships with your colleagues is critical to your own success, so if you're the problem coworker at your office, strive to do better. Your career most likely depends on it.

4 Signs You're the Problem Coworker @themotleyfool #stocks Next Article
Current