When you work in retail, angry customers are inevitable. Sometimes you just catch someone on a bad day, and on occasion, you run across a real jerk who simply can't be pleased.

As a manager, an owner, or even an employee, it's your job to defuse the situation. That doesn't mean giving in to an outlandish customer demand. Instead, you have to take proactive steps to ratchet down the tension or remove the angry customer. 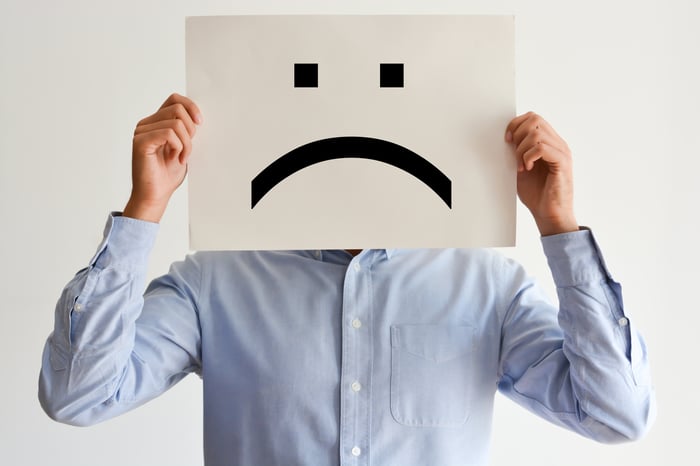 It's possible to defuse tension with many angry customers. Image source: Getty Images.

In my two years running a large, independent toy store, I got to deal with a handful of truly angry customers. One group was justified in its anger -- to a point.

We sold gas-powered radio-controlled cars. These are not toys, and we counseled people against buying them for kids. Few people listened, and the cars often got damaged on their first use.

Inevitably that led to customers coming in a telling us that we had sold a car to them broken. In many cases, grass or dirt stains on the product made it clear that this was not true. On the rare occasion an item did appear to be factory damaged, we had to tell the customer that they had to send the item back to the manufacturer.

Being proactive did not soothe every customer, but it often helped. That strategy was less successful with a customer who often came into our store, although he never seemed to enjoy himself.

This gentleman built wooden miniature radio replicas. That's a fairly unique hobby, and he was never happy with our extensive selection of wood. By "never happy," I mean he would often yell at my staff members, calling them "stupid" and other names.

I interjected myself into the situation by telling the customer that we would be happy to attempt to order what he wanted and that I'd be happy to grab our supplier catalogs to see if we could meet his needs. His response was to call me a moron for not having what he wanted in stock already.

As his rant became louder and attracted more attention from the mostly moms and young kids shopping in the store, I asked him to calm down or leave the store. When he did not stop his verbal attacks, I told him he would have to leave and that he was not welcome back until he could control his temper.

He moved toward the door, calling us all sorts of versions of "dumb" as he left. Of course, he told us he would never come back and that he would frequent one of the many hobby shops that would clearly meet his needs (no such thing existed). A few weeks later, he came back, made no mention of the past, and was on his best behavior.

Sometimes nice people behave badly. If you serve them well during their momentary breakdown, in many cases they will become fiercely loyal customers.

In other cases, of course, people have more bad moments than good ones. When that happens, it's up to you to manage the situation. Do your best to serve the customer even when it's not appreciated.

Be sympathetic. Sometimes return policies or dealing with a warranty can be frustrating. Picture yourself in your customer's shoes and do what you can to make them happy. That won't always work, but it will be noticed by your other customers, and that should benefit your business in the long run.