In today's fairly healthy job market, attracting talent can be a challenge, especially if your company is on the smaller side and has limited resources to throw into things like salary and benefits. And given that millennials represent the largest generation in the workforce, it pays to focus on meeting their needs to grow your team.

You might think that millennials are looking for perks like free snacks and beverages and generous vacation policies, and they might be. But if you really want to entice younger employees to work for you, you'll need to get on board with the notion of flexible scheduling. 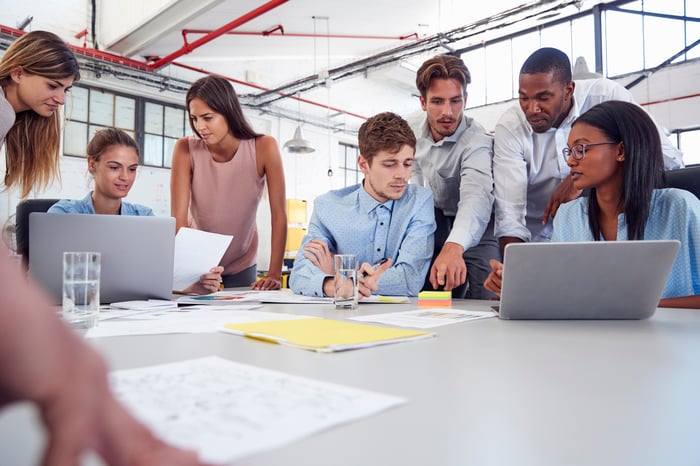 In fact, 70% of millennials have either left or considered leaving a job because it didn't offer flexible work options, according to new data from FlexJobs. Not only that, but 78% of millennials say they would be more loyal to an existing employer if they had more flexibility with their schedules.

Of course, offering up such flexibility does come with certain risks -- namely, that workers will take advantage and leave you in the lurch. At the same time, you might find that your company benefits from a new approach to scheduling.

Why it pays to be flexible

As an employer, you expect your workers to log on after hours when emergencies strike or burn the midnight oil as needed to meet deadlines. It therefore stands to reason that your employees -- particularly younger ones -- might expect some accommodations in return.

But here's the thing about offering flexible scheduling: Once your employees come to appreciate the lifestyle it offers them, they're likely to be so grateful that they step up their game and work harder when they are on the job.

Not only that, but being flexible with your team might actually improve its productivity. Imagine this: Most of your employees currently commute to and from work during rush hour, and they spend a chunk of their day sitting in traffic. Now imagine that you allow those same folks to change their schedules so they're coming in earlier or later, thereby shaving 30 minutes a day off of their average commute time. Suddenly that's an extra two and a half hours each week that they're available to actually get work done.

Similarly, some folks are morning people by nature, while others struggle to rise but get their energy later on in the day. By allowing employees to work during the hours they feel most capable, you might get better output out of them.

Finally, while offering flexible schedules is certainly a good way to attract new talent, it's also a good way to retain your existing employees. Since not all companies offer this perk, once your workers experience it, they probably won't be too quick to give it up. And that's a good way to save time and money on recruiting in the future.

Maybe millennials are spoiled. Or maybe they simply know what they want and have their priorities straight. Either way, it's clear that younger workers value flexibility -- so much so that it's a driving factor in their decisions to accept job offers or quit their existing jobs. So rather than ignore this trend, get on board with it. You might discover that it's one of the best moves you'll ever make for your business.

Want to Attract Younger Talent? Do This 1 Thing @themotleyfool #stocks Next Article
Current