Some employers do a better job than others of maintaining a positive vibe at the office. On the other hand, close to 20% of workers say their offices are downright toxic, according to a new survey from Paychex, and it's hurting employees and managers alike.

Toxic experiences can run the gamut from unsupportive management to a company culture that leads to lying and deception. Here are the top toxic experiences that workers reported in the aforementioned survey: 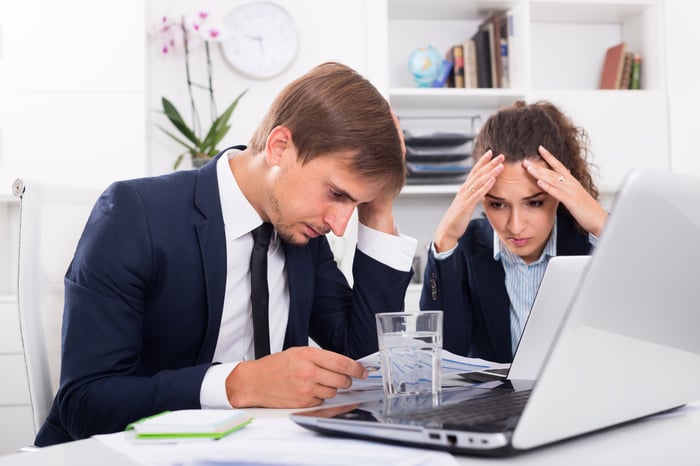 Of course, it's hard to find an office environment completely devoid of gossip. But when it's done freely without consideration of the consequences at hand, it becomes a negative reflection on the company itself. Similarly, employers that tolerate poor or inappropriate communication or foster a culture where workers feel overwhelmed and perpetually at risk of losing their jobs aren't doing themselves or their employees any favors.

Toxicity in the workplace often stems from managers who either have bad attitudes, aren't properly trained to do their jobs, or simply can't cope with their own stress. These are the top toxic behaviors exhibited by higher-ups in the aforementioned survey:

Clearly, individual actions can have serious consequences when they arise at the management level. The problem can compound exponentially when companies sit back and let multiple managers engage in bad behavior.

How workers cope with toxic environments

Incidentally, employees who land in a toxic workplace are overwhelmingly skittish about addressing the issue. Only 37% of women and 28% of men raised concerns to human resource (HR) professionals at the office about toxic behavior. Women had a tendency to vent their frustrations to friends and family as a means of coping, while men relied on exercise.

Managers are even more silent when it comes to fighting back against a negative work environment. Only 4% have reported toxic work conversations to HR professionals despite the fact that 96% have taken part in them.

Speak up or move on

Workers trapped in a toxic work environment are doing themselves a disservice by staying silent about it. A larger company with a solid HR department (and associated policies) might take actions to prevent such unhealthy patterns once the issue is brought to the right people's attention. Managers are especially responsible for reporting such activity, since they're the ones tasked with looking out for their teams.

What happens when issues are raised and nothing is done? The best solution, unfortunately, might be to pick up and move on. Though it may be possible to bring legal action against a company for mistreatment, such behavior usually needs to be extreme and discriminatory in nature. Suing a company for its negative vibe probably won't fly.

At the same time, sticking out a toxic situation no longer makes sense once a given company makes it clear that it won't be enforcing change. Employees and managers who find themselves in that scenario should cut their losses and seek jobs at companies that do value and respect the people they hire.