Back when I worked for an online marketing company, I was tasked with managing so many moving parts that, at times, it would actually make my head spin. And while I had a number of employees under me who could've taken some of that weight off my shoulders, much of the time, I refused to enlist their help for fear of giving up control.

It was easy for me to make up excuses as to why delegating wouldn't work. "In the time it takes me to train someone else, I could just do it myself" was a common one. But after some time, I realized that I wasn't doing myself -- or my team -- any favors by refusing to delegate, and so I started to change my ways. And eventually, my team as a whole got into a much better workflow, and I was much less stressed as a result. 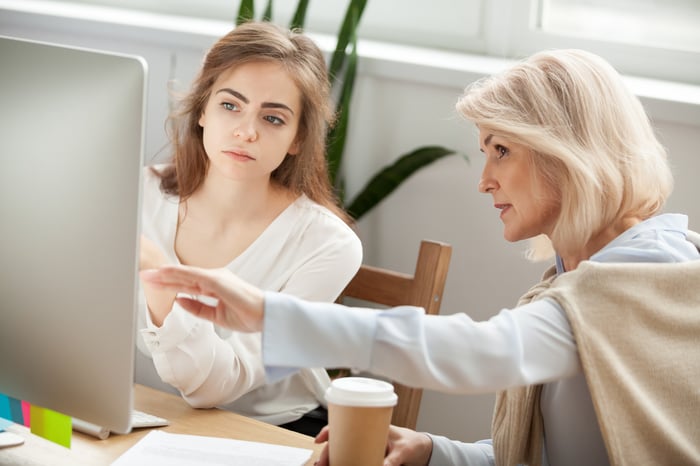 If you've been hesitant to delegate tasks to your team, you're most likely doing yourself a disservice. Here's how to get on board with the idea of unloading tasks and ease the burden on yourself.

Generally, delegating successfully involves taking the time to show other people how the work in question needs to get done. That means you'll need to carve out a chunk of your schedule for things like training and turnover. In doing so, you might fall temporarily behind on other tasks, but it's a sacrifice you'll have to make, because once your employees are up to speed, you'll gain back the lost time -- and save time in the long run.

Different people have different talents, and delegating successfully often boils down to choosing the right folks for the job. Rather than delegate based on seniority, make your decisions skill-based. The senior IT person on your team might assume that he's next in line for a task you're looking to unload, but if a junior person is more well-versed in the software at hand, or does a better job paying attention to detail, then passing over that senior person clearly makes sense.

3. Resist the urge to micromanage

Many people don't delegate, because they're hesitant to give up control. Once you turn over certain tasks, however, give your employees the leeway they need to get the work done, and don't make the mistake of checking in on them every nine minutes to ensure that they're on track. Doing so will only make them resent that extra work, not to mention eat up the time you're supposed to be freeing up for yourself.

The nice thing about doing certain tasks yourself is that you don't have to share the credit. But once you make the decision to delegate, you'll need to acknowledge your employees' efforts in making things happen. That in turn will motivate them to keep doing the best job possible, in which case everybody wins.

Delegating at work is easier said than done, but for sanity's sake, it needs to happen. Otherwise, you'll risk burning out in an attempt to do it all.