Millions of Americans work a side hustle these days, and getting a second job is a great way to boost your savings (both near-term and retirement-related), pay off debt, or give yourself more freedom to spend money on leisure.

But if you're not careful, that side gig of yours could turn into an ongoing financial ordeal. Here are a few money-related hiccups you may run into.

Just as you're required to pay the IRS a portion of your earnings from your primary job, so too does the agency get a cut of your side-hustle earnings. Many people who work a second gig, however, don't realize that, and wind up owing the IRS money after the fact. When you work a side job, you're supposed to make estimated quarterly tax payments on that income; if you don't, the IRS will charge you a penalty for paying up late. So be mindful of that as you go along. 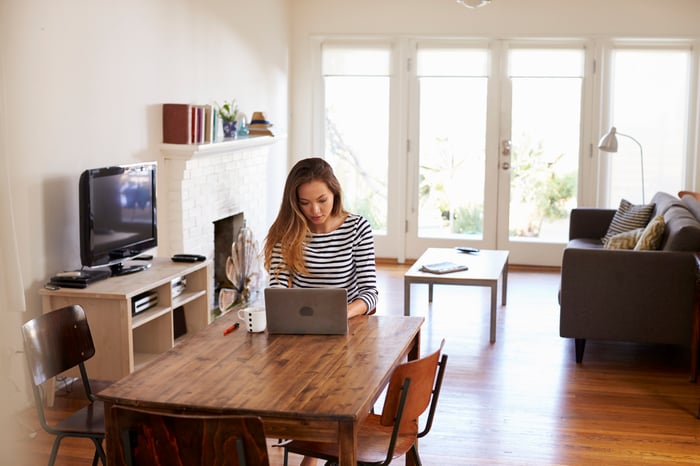 Another thing you should know is that making money from a side hustle could push you into a higher marginal income tax bracket, which means you'll pay a higher tax rate on the share of your income that falls into that bracket. That's not a reason not to earn more, but it's something to consider nonetheless.

They say it takes money to earn money, but in some cases, the expenses you face in the course of your side hustle may not be worth the proceeds. Imagine you're a crafter who's able to sell homemade bracelets online at $20 a pop. If you spend $10 in supplies per bracelet, and another $5 on shipping, you're only looking at a $5 profit. And if it takes you an hour to create, ship, and invoice a single bracelet, that's not a great use of your time.

Be mindful of the costs you encounter in the course of your side hustle, and aim to keep them to a minimum. For example, if you're looking to blog for money and already own a laptop and pay for an internet connection, that gig won't really cost you anything. That said, any expenses you do incur from your side hustle can be deducted when you file your taxes.

3. Losing out on earnings at your main job

Ideally, your side hustle shouldn't interfere with your primary job. In reality, it might. If that second gig results in a situation where you're fielding client calls during the day, or darting out the door early rather than plugging away at major assignments, then you could wind up being passed over for a raise or losing out on a higher performance bonus. And in a more extreme scenario, you could even end up putting your job on the line.

The takeaway? Keep your side hustle separate from your main job, even if it means losing out on some downtime you'd rather reclaim.

A side hustle is a great way to boost your income and buy yourself more financial flexibility. Just be aware of the pitfalls if you're planning to hold one down.