Everybody has to start somewhere.

It's easy to look at investing "gurus" like Warren Buffett and Peter Lynch and feel as if you could never hope to emulate their success.

But the Buffetts and the Lynches of this world were once newbies too. Let's take a look at the very first stocks Warren Buffett, Peter Lynch, and other famous investors ever purchased.

We'll look at what their investing rationale was and how it worked out for them. Then we'll see what you can learn from their successes or mistakes.

Peter Lynch
As a teenager in the 1950s, Peter Lynch worked as a golf caddy. While he was carrying bags and handing out putters, he used to make a mental note of the stocks he heard people talking about, and then look them up later on.

When he was in college and had some money to invest, he started researching the air freight industry and "thought this air cargo was going to be a thing of the future." He put his first $1,000 investment into a company called Flying Tiger.

What happened next: Lynch's research paid off, as the stock soared tenfold and helped pay for graduate school. He acknowledges the role of luck, too: The stock's spectacular returns were partly due to the escalation of the Vietnam War and the profits Flying Tiger made from transporting troops.

In 1988, Flying Tiger was bought by a younger, fast-growing competitor called Federal Express. Lynch was right about this air cargo thing having a future.

The lesson: Do your research. Peter Lynch is famous for preaching the importance of understanding what you're investing in, and you can see that principle at work in his very first investment. Luck played a role, but even at that early stage he had done his research and formed a sound investing rationale.

Ray Dalio
Ray Dalio is now known for founding the world's largest hedge fund firm, but just like Peter Lynch, he started out as a golf caddy. At the age of 12, he used his earnings to buy his first stock, Northeast Airlines.

His investment thesis was not as sophisticated as those he would develop later in his career; his caddying savings were limited, and Northeast was the only company he knew of that was trading for less than $5 per share.

What happened next: Northeast was on the verge of going broke, but Dalio got lucky: The firm was bought out by Delta Airlines, and its stock tripled. Dalio continued to trade stocks throughout his teens, quickly learning that it wasn't always that easy to make money. Still, he ended up with a portfolio worth several thousand dollars by the time he graduated high school.

The lesson: Luck plays a part in investing, but successful investors don't get carried away. Dalio soon understood that his success with Northeast Airlines was a one-off event and developed better methods of picking his stocks in the future. Or perhaps the lesson is that teenage golf caddies make great investors?

Warren Buffett
When he was just 11 years old, Warren Buffett pooled his savings with his sister Doris and bought six shares of oil company Cities Service (now called Citgo) at $38 per share.

From visiting his father's stock brokerage and chalking in stock prices on the blackboard, he had marked this out as an undervalued stock and was confident he and his sister would make money.

What Happened Next: In the first few months, the stock dropped almost 30%, and Doris harassed him every day about the money they had lost. When Cities Service finally recovered to $40 a share, he quickly sold to book a small profit.

But then the young Buffett watched from the sidelines as the stock soared to $200 a share. His original investing rationale had been vindicated, but it was too late.

As for Citgo, it's no longer publicly traded. It was acquired by Occidental Petroleum in 1982 and is now owned by Petroleos de Venezuela.

The Lesson: The first stock Warren Buffett bought taught him the value of patience in investing. He got halfway there by not panicking when the stock dropped 30%, but he missed out on big gains by selling too early. It's great if you have an eye for undervalued stocks, but it can take the market a while to reach the same conclusion.

Seth Klarman
As a 10-year-old boy, Klarman was always getting little cuts and scrapes and putting Band-Aids on them. So he figured he'd invest in the company that made Band-Aids, Johnson & Johnson. He bought one share.

What Happened Next: Shortly after Klarman made his purchase, the stock split three for one, and he sold for a tidy profit. Johnson & Johnson has had five more stock splits in subsequent years, and if he had held onto it, Klarman's single share would have multiplied to 144 shares worth more than $13,000 combined. Not bad for a 10-year-old kid. 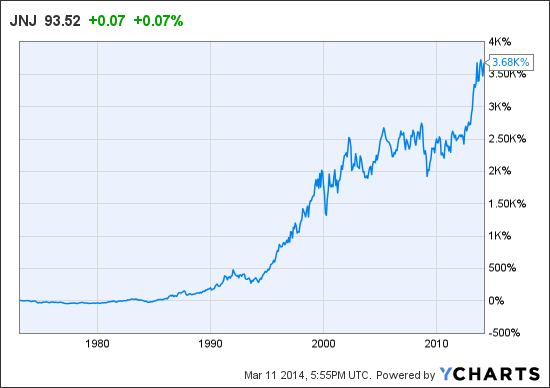 The Lesson: "Buy what you know" is age-old investing advice, and it worked for this future billionaire investor on his first foray into the stock market. It's simple, but it makes sense. The growth of Klarman's single J&J share also shows the powerful wealth-building effect of buy-and-hold investing over the long haul.

Bill Miller
Bill Miller's Legg Mason mutual fund famously beat the market for 15 straight years before coming seriously unstuck in the financial crisis of 2008. He first showed his investing prowess in the '60s, when, as a kid, he took about $75 he had earned from umpiring baseball games and invested it in long-established electronics firm RCA.

The rationale was simple: It was recommended by his dad, who managed a Jacksonville truck terminal and liked to invest in stocks in his spare time. It was watching his father combing through the stock quotes in the newspaper that first got Miller interested in investing, as he realized he could make money much more easily with stocks than by mowing lawns and umpiring baseball games.

What Happened Next: RCA stock soared. Miller sold his stake for about $300, which he spent on a second-hand Triumph TR4 convertible. It's just as well he didn't hold: RCA fell on hard times in the 1980s, and in 1986 GE acquired it and broke it up.

The Lesson: When he talked about his RCA investment in a 2007 interview, Miller focused not on the gain but on the missed opportunity: "Had I reinvested that $300 in the market continuously, I'd have a lot more money. So, that was a really expensive used car that I bought."