So what: At the close of the transaction, which is expected by March 31, 2017, the company created by the merger will be a pure-play IT services company with roughly $26 billion of annual revenue. HP Enterprise will be left as an enterprise hardware company, selling servers, networking gear, and other products. The spinoff and merger are expected to be tax-free, and HP Enterprise shareholders will own approximately 50% of the new combined company when the deal closes. 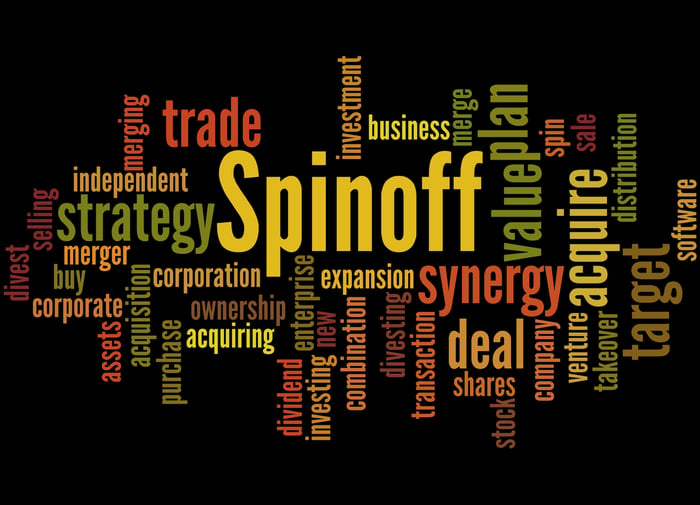 The deal will allow HP Enterprise to reduce its workforce by about 100,000 employees, or two-thirds of its current total. The new combined company will increase its scale dramatically compared to Computer Sciences, which reported just $11.3 billion of revenue over the past 12 months.

HP Enterprise CEO Meg Whitman summed up the benefits of the deal:

"As two stand-alone companies with global scale, strong balance sheets and focused innovation pipelines, both HPE and the new company that combines CSC and HPE's Enterprise Services segment will be well positioned as leaders in their respective markets. For HPE, our balance sheet, capital allocation strategy, and cost structure will now be fully optimized for a faster growing, higher margin and more robust free cash flow business. And, the new company will be in a stronger position to win than either organization could have been on its own."

Now what: By jettisoning its enterprise services business, HP Enterprise is taking the exact opposite approach compared to Cisco (NASDAQ:CSCO), a rival in the networking hardware business. Cisco is, in fact, doubling down on both software and services, which will be two of the main growth drivers for the company going forward. Whether HP Enterprise's focus on hardware will prove to be a better strategy than Cisco's integrated approach remains to be seen.

Computer Sciences has been struggling with slumping revenue following its separation from its former public sector division, and this deal should be beneficial, giving the company much greater scale. Investors are certainly on board, with shares of Computer Sciences adjusted for the previous separation reaching their highest level since the dot-com boom.