Please ensure Javascript is enabled for purposes of website accessibility
Log In Help Join The Motley Fool
Free Article Join Over 1 Million Premium Members And Get More In-Depth Stock Guidance and Research
By Eric Volkman - May 26, 2016 at 9:27AM

The monster beer deal gets a big green light from across the Atlantic.

Pour a tall frosty one, and clink glasses with Anheuser-Busch InBev (BUD 0.02%) and SABMiller. The two big global beer companies received approval to merge from the European Union's competition regulator, the European Commission. 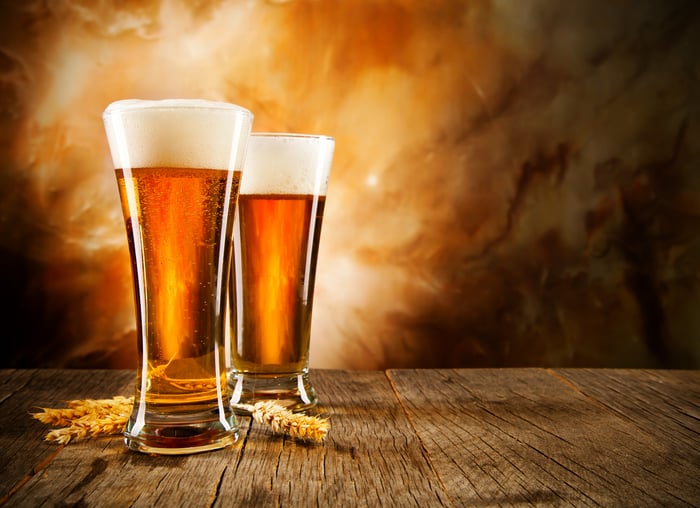 The approval is conditional, however, upon the sale of much of SABMiller's European beer portfolio. That shouldn't be difficult, as Anheuser-Busch InBev has already reached a deal (with Japan's Asahi) to sell SABMiller's French, Italian, Dutch, and U.K. brands. Additionally, it has pledged to divest  SABMiller's beers in Central/Eastern European countries the Czech Republic, Slovakia, Hungary, Poland, and Romania.

Anheuser-Busch InBev's willingness to unload valuable brands -- which include familiar names to beer fans such as the Czech Republic's Pilsner Urquell, and Holland's Grolsch -- smoothed the way to the EU's approval of the roughly $107 billion merger. That's not a particularly easy green light to obtain, given that the commission can be stricter than regulators in other parts of the world.

Now that the deal has surmounted the EU hurdle, antitrust authorities in key markets such as the U.S. and China must sign off on it. But these countries have less severe regulatory regimes.

Although the news of the EU's approval is hardly unexpected, it should be taken very positively by Anheuser-Busch shareholders. It heralds similar approvals elsewhere around the globe, not to mention a powerful new company that will be a force to be reckoned with.