Please ensure Javascript is enabled for purposes of website accessibility
Log In Help Join The Motley Fool
Free Article Join Over 1 Million Premium Members And Get More In-Depth Stock Guidance and Research
By Dan Caplinger - May 26, 2016 at 6:26PM

These stocks fell even though the broader market was largely flat. Find out why. 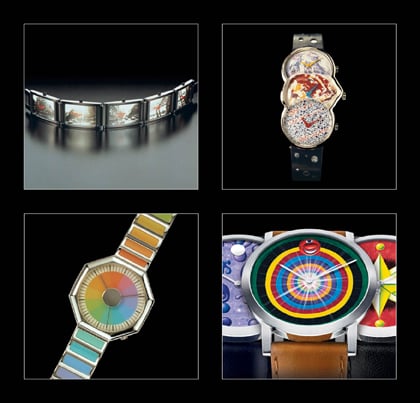 Many investors forget that professionals largely rule the stock market; so in advance of a long holiday weekend, trading activity often becomes sluggish. This was the case on Thursday, and most of the most closely followed market benchmarks were little changed on the day.

In the absence of any market-moving economic data, investors looked to earnings reports from individual stocks as the focus of their attention on the day. Even though the market's overall volatility was almost nonexistent, several stocks nevertheless lost a lot of ground on Thursday. Among the worst performers were Abercrombie & Fitch (ANF -1.43%), Ionis Pharmaceuticals (IONS -3.69%), and Movado Group (MOV -1.16%).

Abercrombie & Fitch fell 16% after releasing its first-quarter financial results Thursday morning. The retailer reported another substantial loss during the quarter, and executive chairman Arthur Martinez noted that Abercrombie & Fitch's results "reflect significant traffic headwinds, particularly in international markets and in our U.S. flagship and tourist stores, resulting in negative comparable sales." Only the Hollister store concept was able to post flat comps for the quarter, with the key Abercrombie chain seeing comps plunge 8%.

The retailer expects further pain during the current quarter, but it's hoping for improvement in the second half of 2016. With plans to close up to 60 stores in the U.S. during the current fiscal year as leases expire, Abercrombie & Fitch is feeling the same pinch that many other brick-and-mortar retailers face, as shopping habits move away from traditional mall-based stores.

Ionis Pharmaceuticals lost almost 40% of its value Thursday in the wake of its revelation that partner GlaxoSmithKline has chosen not to start a Phase 3 study to evaluate its developmental-stage Ionis-TTR(Rx) treatment in patients with TTR amyloid cardiomyopathy. The decision follows an April move from the Food and Drug Administration to put a clinical hold on the study because of safety findings in a different ongoing Phase 3 trial called Neuro-TTR.

The condition that Ionis-TTR(Rx) is supposed to treat is rare, but potentially fatal, and the delay shook the confidence of investors who already had endured watching their stock's price get cut in half between the beginning of 2016 and earlier this month. Unless Ionis can figure out how to avoid some of the adverse side effects that have the FDA concerned, doctors might choose to go with competing treatments, even if Ionis-TTR(Rx) eventually gets approved.

Finally, Movado Group dropped 9%. The luxury-watch company managed to outpace expectations with its adjusted earnings in the first-quarter report it released Thursday morning, but Movado still suffered a bottom-line decline of almost 30%. Sales fell more than 5%, and CEO Efraim Grinberg said that, "given the current retail trends, particularly in the fashion watch category in the United States, we think it is prudent to lower our annual outlook."

Movado therefore cut its guidance, and now expects sales of $565 million to $580 million for fiscal 2017 that should produce earnings of $1.55 to $1.70 per share. Both figures were well below what investors had expected, and the luxury watchmaker's performance only underscores the problems that retailers have faced throughout the first half of the year.