Please ensure Javascript is enabled for purposes of website accessibility
Log In Help Join The Motley Fool
Free Article Join Over 1 Million Premium Members And Get More In-Depth Stock Guidance and Research
By Leo Sun - May 29, 2016 at 8:03PM

How did the Angry Birds knock out Captain America?

Sony (SONY -0.77%) Pictures' Angry Birds recently soared to the top of the U.S. box office, raking in $39 million during its opening weekend. As of May 25, that total has risen to $46 million, and its worldwide box office revenue has hit $158 million -- more than double its production budget of $73 million. 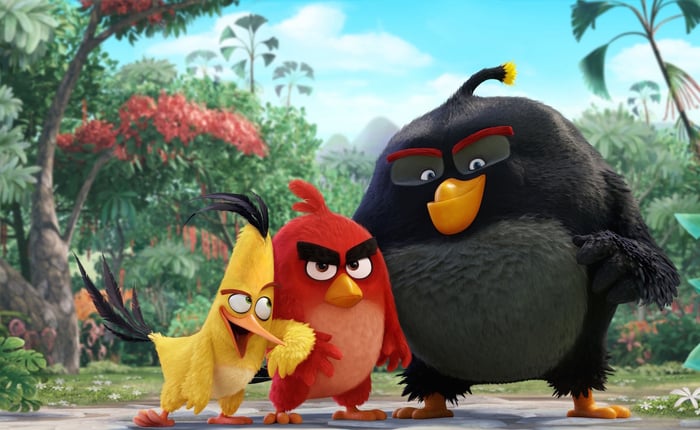 What does this mean for Sony?

Last year, Sony's film revenue rose 7% to $8.3 billion, but operating income plunged 34% to $341 million. That bottom line decline was mainly caused by a drop in home entertainment revenues, weaker-than-expected theatrical performance from The Walk and The Brothers Grimsby, and tough currency headwinds. Those declines offset robust box office results from Hotel Transylvania 2 and Spectre. The Pictures business accounted for 12% of Sony's 2015 sales and 13% of its operating income.

For fiscal 2016, Sony expects revenue at its Pictures division to rise nearly 8% and for operating income to improve 12%. New films like the Ghostbusters reboot and the Magnificent Seven remake, along with new franchise entries like Inferno, Resident Evil: The Final Chapter, and Underworld: Blood Wars are expected to drive the unit's growth until the fiscal year ends next March.

Sony has generally lagged behind Disney and other film studios when it comes to animation, but Angry Birds could help expand its slate of animated franchises. In August, Sony will take a bigger chance on R-rated animated comedies with Sausage Party.

Scoring a box office success on a new animated film is a definite victory for Sony, but investors shouldn't overestimate its impact. Sony still has nearly 20 more films to release this year, and any of them could bomb or become a blockbuster. Sony's future growth also depends on a lot of other moving parts besides its movie business. Therefore, Angry Birds' success is good news, but it probably won't move the needle for Sony anytime soon.