Please ensure Javascript is enabled for purposes of website accessibility
Log In Help Join The Motley Fool
Free Article Join Over 1 Million Premium Members And Get More In-Depth Stock Guidance and Research
By Rick Munarriz - May 31, 2016 at 9:00AM

The media giant has a say in this year's four biggest theatrical releases. 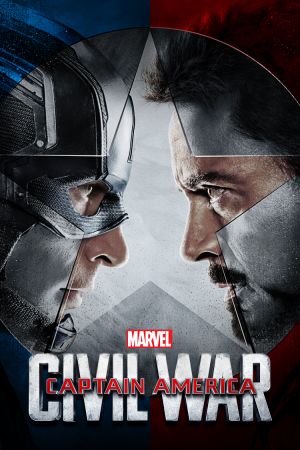 This is shaping up to be another big year for Disney (DIS -1.31%) at the box office. Marvel's Captain America: Civil War took in another $19.7 million in domestic ticket sales over the Memorial Day holiday weekend.

That may not seem like much. The crowds tend to thin out once a movie's playing at the local multiplex for four weekends. However, that was enough for the film to overtake 21st Century Fox's (FOXA) (FOX) Deadpool to become the highest grossing film of 2016 -- so far.

Some may argue that pitting Captain America: Civil War against Deadpool isn't necessary -- unless you're talking about the plot point of a future mash-up of superhero franchises. They are both Marvel properties, and Disney owns Marvel. 21st Century Fox is a big beneficiary of Deadpool's sleeper hit success, but Disney is also getting in on the action through a percentage of the ticket sales and sharing merchandising revenue with 21st Century Fox.

However, if we check out the next two highest-grossing films -- year-to-date -- we find The Jungle Book and Zootopia in the hunt. Disney's Buena Vista is the studio behind both of those films as well as Captain America: Civil War. Yes, Buena Vista has three of this year's four top-performing flicks. The same thing happened last year by the way, as Star Wars: The Force Awakens was joined by Avengers: Age of Ultron and Inside Out claimed the first, third, and fourth slots, respectively. However, unlike last year where silver medalist Jurassic World had no ties to the House of Mouse Disney can toast to 21st Century Fox's success with Deadpool this time around.

The good news doesn't end there for Disney. All three of the Buena Vista movies making waves this year are still playing in theaters. Take a picture of this weekend's cumulative returns. You won't often find the same movie studio with three films in the top 10 that all happen to have topped $300 million in domestic ticket sales.

All three movies are winding down. Only Captain America: Civil War has a shot at cracking the $400 million mark. However, Disney has several likely blockbusters in the pipeline. Finding Dory -- the spinoff of Pixar juggernaut Finding Nemo -- opens in two weeks. Rogue One: A Star Wars Story hits theaters in December. That's just the tent-pole releases. There's also a chance that Steven Spielberg's The BFG, the animated Moana, or any of a half-dozen other releases score big for Disney at the movie house.

Star Wars: The Force Awakens shattered box office records, but Disney's clearly not resting on those laurels. The hits keep coming, and Disney stockholders don't mind passing the popcorn as they watch the magic happen.