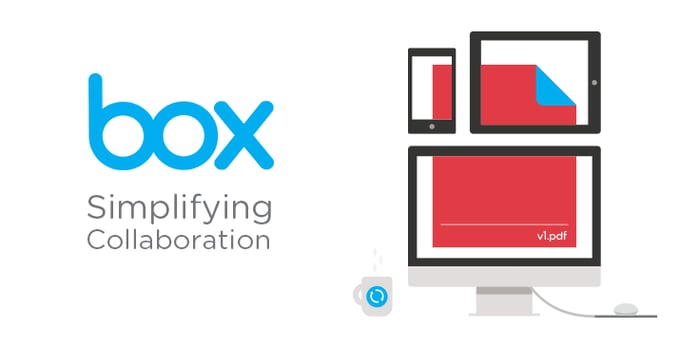 What: Shares of online content organizer Box (NYSE:BOX) fell as much as 12.2% in Thursday's morning session (reaching the bottom near 10:30 a.m. EDT), following the release of solid first-quarter results with a side of slowing order billings.

So what: Box's first-quarter sales surged 37% higher year-over-year, landing at $90 million. Analysts would have settled for $89 million, so that was a modestly positive surprise.

On the bottom line, the Street consensus was looking for a net loss of roughly $0.24 per share. Box did significantly better, limiting its adjusted losses to $0.18 per share. For the record, the analyst views were in line with Box's official guidance ranges.

Management held their full-year revenue targets steady at approximately $393 million, lifting the annual bottom-line target to an adjusted net loss of $0.76 per share. The previous guidance centered around a loss of $0.84 per share.

Guidance ranges for the second quarter were broadly in line with the current Wall Street views.

Now what: The results look fine on the surface, and so do the new guidance targets. However, order billings only rose 9% year over year, hardly befitting a company with its eyes on 30% revenue growth.

Management explained the weak billings with increased business seasonality and a focus shift from multi-year contracts to single-year agreements. Moreover, Box saw some early deal renewals in the previous quarter, lifting that period's billings figure higher while limiting the first-quarter total. And if that weren't enough, the company had to measure up against a fantastic year-over-year billings surge of 58% in the year-ago quarter.

Some of that softness came from pure accounting moves, and should not scare Box investors at all. The company is also moving away from consumer services and deeper into the more dependable enterprise IT sector, which may reduce top-line growth in the short term while boosting long-term fundamentals.

With that enterprise shift comes wider seasonality swings, as large customers often sign major service contracts toward the end of their fiscal years. Those budget purges can hurt in the spring and summer periods, but should help in December.

All told, Box CFO Dylan Smith discouraged investors from paying too much attention to billings trends.

"We do not expect billings to be a meaningful indicator of the significant growth we expect this year," he said.

These words were backed up by firm revenue guidance, and I think it's clear that Box investors are overreacting to this temporary billings slump. I wouldn't be surprised if the company stopped reporting its billings in future quarters, because the metric is losing its tight connection to Box's upcoming revenue trends.