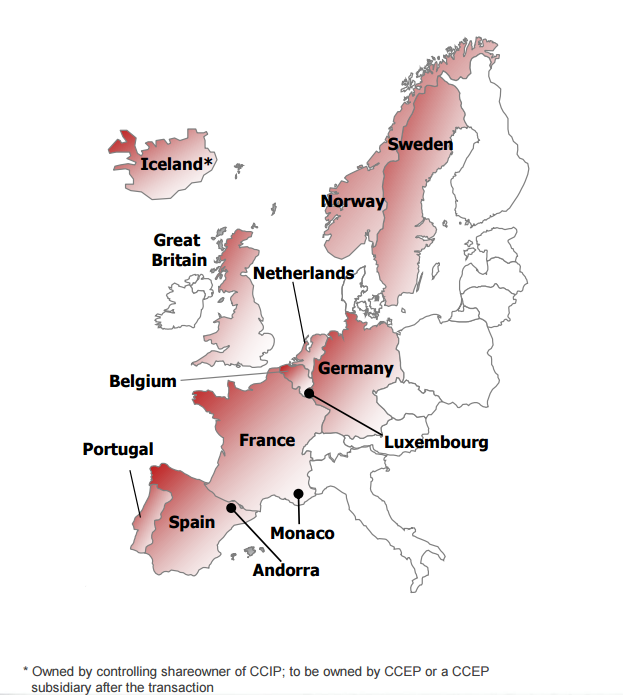 What: Shares of Coca-Cola Enterprises (NYSE: CCE) fell 26% in May 2016, according to data from S&P Global Market Intelligence. Along the way, the company also changed name to Coca-Cola European Partners and radically changed its ownership structure.

So what: As announced in August 2015 and approved by shareholders on May 24, independent bottler and distributor Coca-Cola Enterprises merged with two European peers -- Coca-Cola Iberian Partners and Coca-Cola Erfrischungsgetranke AG --  just before the end of May. Until then, share prices had been floating along fairly close to the breakeven mark.

The big drop was not a result of a business disaster or other bad news. Instead, it reflected the drastic change to the new, combined company's ownership structure. Shareholders from the Coca-Cola Enterprises side now own 48% of the merged business. Coca-Cola Iberian Partners shareholders held on to 34% of the new unit's shares, and Coca-Cola (NYSE:KO) itself grabbed 18% of the final structure due to its 100% ownership of Coca-Cola Erfrischungsgetranke (gesundheit!).

Now what: Coca-Cola Enterprises owners also got a one-time $14.50 cash payment per share out of this deal, financed by new debt papers. Coca-Cola European Partners is expected to see annual sales near $12.6 billion, generating about $2.6 billion in EBITDA earnings.

Despite a 52% dilution hit, CCE share prices only dropped 26% when the final switch was thrown. Investors see fresh value being created here, as Coca-Cola works to consolidate its global distribution networks.

Coca-Cola European Partners is now the largest independent Coke distributor in the world, serving some 300 million consumers across Western Europe.