What: Shares of satellite voice and data provider Globalstar (NYSEMKT:GSAT) were decimated on Friday following reports that two members of the Federal Communications Commission had voted against FCC Chairman Tom Wheeler's proposal to allow the company to offer mobile broadband service on frequencies currently reserved for satellite signals. At noon EDT, the stock was down about 60%.

So what: In May, Globalstar appeared poised to win this battle, with Wheeler recommending that the company be allowed to offer mobile broadband service. Large technology companies like Microsoft and Alphabet opposed the move, citing potential interference issues, according to Bloomberg.

Bloomberg reported on Friday that two of the five commissioners had voted against the proposal. One dissenting vote came from Ajit Pai, who argued in an emailed statement that the proposal would "give a particular company special rights." 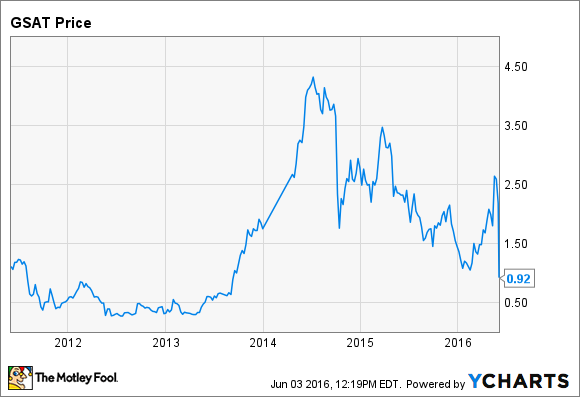 Now what: The votes of the remaining members of the commission have not been disclosed, so at this point it's unclear what the ultimate decision will be. But investors are betting on the worst case scenario, driving shares of Globalstar to a new multi-year low.