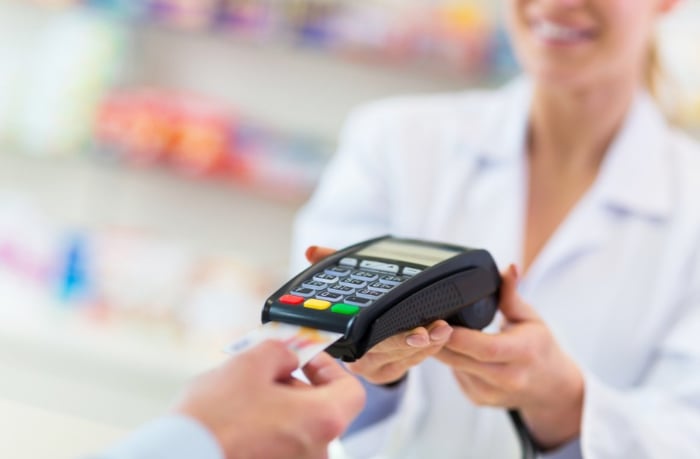 It's no secret that AbbVie (NYSE:ABBV) is overly dependant on its best-selling drug, Humira, and is trying to diversify by buying oncology assets. Its latest purchase was privately held Stemcentryx, for a whopping $5.8 billion.

Investors knew Stemcentryx's lead candidate, rovalpituzumab tesirine (Rova-T), is in a trials for small-cell lung cancer, a disease that affects a large but underserved group of patients. We even know how it works, but how well was shrouded in mystery.

AbbVie promised to pull back the curtain on Rova-T at the annual meeting of the American Society of Clinical Oncologists on Sunday. Let's take a closer look at the the candidate in light of recent revelations to see if AbbVie is chasing rainbows or making smart purchases.

When AbbVie announced its latest splurge, we knew that Stemcentryx scientists had elucidated an overabundance of a protein called delta-like 3, or DLL3, on the surface of certain lung tumor cells.

We also knew that Rova-T is two sided compound, known as an antibody drug conjugate. On one side is a protein that binds to DLL3, connected to an extremely potent chemotherapy drug. Once the protein side binds to DLL3 on the cancer cell's surface, it's invited inside, where it releases the chemo-bomb. This way it should selectively destroy tumor cells, without damaging healthy tissues.

On Sunday, investigators announced results from a phase 1 dose determination trial with 74 small-cell lung cancer patients, about half of which progressed after one prior line of therapy, and the other half after two. The results weren't bad, but they hardly justify a $5.8 billion acquisition on their own.

The main goal of the trial was to determine a maximum tolerated dose and a response rate. Going forward, it looks as if investigators will use 0.3 mg/kg, and dose limiting toxicity wasn't much higher than this. In other words, it may not be as poorly tolerated as most chemotherapy, but it isn't candy. The 60 patients who received between 0.2 mg/kg and 0.4 mg/kg were pooled for analysis. Just 18% of the 60-patient group showed a response, but among the patients with overexpression of DLL3 on half or more of examined tumor cells, the response rate was 39%, and median overall survival was 5.8 months.

What, then, does AbbVie see in this drug? When small-cell lung cancer patients progress after treatment with standard chemotherapy, the second treatment is often topotecan, an orally delivered chemo drug. In a previous trial with small-cell lung cancer patients who progressed after their first-line round of therapy, topotecan extended overall survival to 25.9 weeks, or about six months, a significant improvement over patients receiving only "best supportive care," which exhibited median overall survival of 13.9 weeks, or about 3.2 months.

It's an imperfect comparison, but 5.8 months in the small, mixed group of second- and third-line patients with DLL3 overexpression treated with Rova-T, compared with about six months for second-line patients receiving topotecan, a drug the FDA approved in 1996, doesn't bode well for AbbVie's expensive new candidate.

Lung cancer diagnoses are less common than several others, but survival rates are so dismal they lead to more deaths than any other group of malignancies. Among lung cancers, the small-cell varieties have the worst prognosis, and there hasn't been a significant improvement in treatment options for decades. This means Rova-T's chances of winning approval are pretty good, but it might have some entrenched competition.

Opdivo from Bristol-Myers Squibb (NYSE:BMY) has made an enormous impact on the treatment of non-small-cell lung cancer and might play a role in the underserved small-cell indication as well. At the same conference, Bristol-Myers presented data from a small-cell lung cancer trial with patients who progressed after at least one prior therapy. A group receiving a combination of Opdivo and Yervoy reached overall survival of 7.75 months, longer than the high-expression DLL3 Rova-T group in AbbVie's study.

One patient in this group died, but given the severity of the disease, the combination of already-approved drugs from Bristol might play a role in the small-cell lung cancer indication before AbbVie has a chance to launch Rova-T in this space.

The recently reported results certainly support funding the larger, open-label phase 2 study that Stemcentryx began earlier this year. It's expected to enroll 154 patients whose disease progressed after receiving at least two prior therapies.

Rova-T has received an orphan-drug designation from the FDA for treatment of small-cell lung cancer. This is a sort of incentive for developing drugs to treat smaller patient populations. The designation itself means little, but if approved, the developer, now AbbVie, becomes eligible for reimbursement of a significant chunk of the expenses incurred during its development.

AbbVie submitted a breakthrough-therapy designation application to the FDA for Rova-T that could speed up the development and review process. After the less-than-exciting improvement over existing therapies exhibited in the phase 1 presentation, the agency might not grant AbbVie's $5.8 billion candidate the coveted designation.

There may be other cancer types that overexpress DLL3, and AbbVie might try developing Rova-T to treat them. However, I don't see this drug becoming the first-line standard of care in small-cell lung cancer, or recouping the enormous upfront investment AbbVie poured into it.