Most stocks are mediocre. They won't produce market-beating returns, but they also won't lead you on an ulcer-inducing roller-coaster ride that ultimately wipes out a portion of your hard-earned cash. One way to produce above-average returns is to pick exceptional stocks that outperform the market. Another is to avoid the truly terrible stocks masquerading as solid investments. Being able to minimize mistakes is a skill that will pay dividends over the long run.

Many will disagree, but I think that Twitter (NYSE:TWTR), FireEye (NASDAQ:MNDT), and Box (NYSE:BOX) are three of the worst stocks available. Avoid them at all costs.

Twitter provides a genuinely useful service, one that over 300 million people around the world use each month. The problem is that popular services aren't automatically great businesses. Twitter's business model, monetizing its free service by selling advertisements, is a common one, but it's hard to get right. Alphabet's Google and Facebook are the gold standard, with both companies producing incredible profits. But other companies, such as Yelp and Pandora, are chronically unprofitable despite massive user bases.

Twitter falls into the second category. The company is growing its revenue quickly, but it's also generating staggering losses along the way. Twitter produced $2.22 billion of revenue in 2015, up 58% compared to 2014, but it posted a GAAP net loss of $578 million. Heavy spending on R&D and sales, as well as about $100 million in interest payments, drove down the company's profitability.

I warned investors about Twitter last year, calling the stock a disaster waiting to happen. Shares have since tumbled 70%, wiping out more than $20 billion of market capitalization. 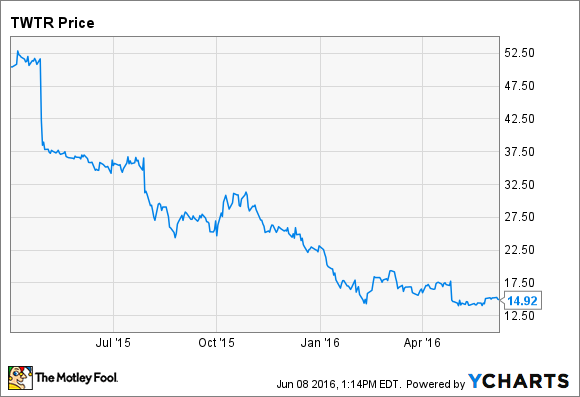 Even following this crash, Twitter is still valued at more than $10 billion, a little less than five times sales. That's a steep multiple for a company that has never turned a profit and doesn't appear to have much of a plan to turn things around. The user base is barely growing, and executives have been fleeing the company, forcing Twitter to hand out additional stock and cash bonuses in a desperate attempt to retain talent. Can Twitter eventually turn things around? Maybe. But the odds are not in the company's favor.

Cybersecurity has been hot lately, with news of breaches and hacks becoming commonplace. So hot, in fact, that many cybersecurity stocks were trading at nosebleed valuations not too long ago. FireEye was valued at over $11 billion soon after its initial public offering in late 2013, despite sales of just $162 million and a net loss of $121 million during that year. The company has grown sales at a torrid pace since then, but the losses have grown as well. In 2015, FireEye posted a net loss of $539 million on revenue of $623 million.

This rapid revenue growth hasn't been enough for investors. The stock has crashed since peaking in early 2014, losing more than 80% of its value. 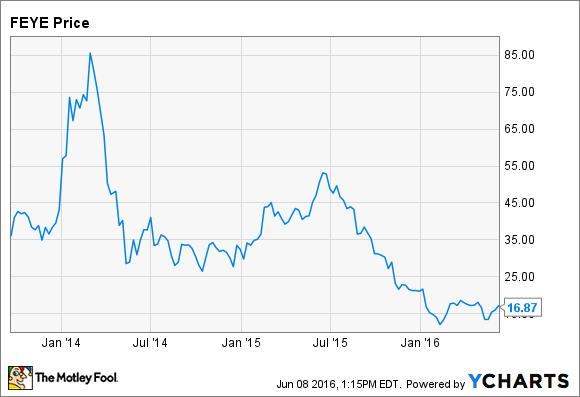 As a rule, I'm automatically skeptical of companies that have never produced real profits. The argument that some companies "are growing too fast to be profitable" will get you in a lot of trouble, FireEye being a prime example. FireEye still trades at something like 4.5 times sales, a price that should be hard to swallow given the company's abysmal profitability. I would stay away.

Losing money in the cloud

Enterprise cloud storage company Box has had a rough time since it went public in early 2015. The stock is down nearly 50% from its post-IPO high, despite rapid growth and a slew of major partnerships with companies like IBM and Microsoft. 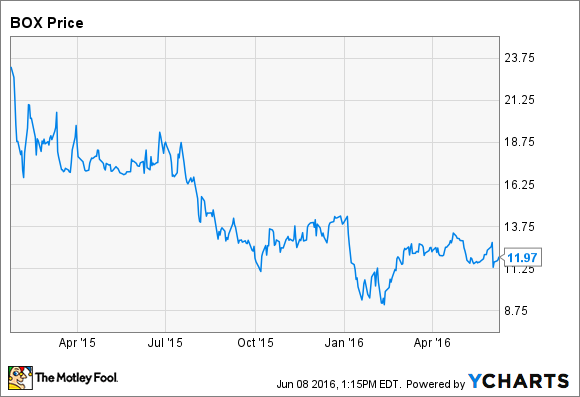 Box is a provider of cloud storage, which is basically a commodity at this point. Box's strategy involves building specialized solutions for specific industries and allowing developers to integrate Box's services into their own applications. CEO Aaron Levie predicted last year that Box would soon be known as a platform company rather than a cloud storage company.

The strategy makes sense, but the company is spending heavily on growth. It generated $303 million of revenue during 2015, up 40% year over year, but it posted a net loss of $203 million. Free cash flow has also been consistently negative, driving down the company's cash balance. Box had just $193 million of cash at the end of 2015, down from $330 million at the end of 2014. Given its rate of cash burn, Box may need to raise more cash at some point in the near future.

Box may very well succeed in the long run, but the company has yet to prove that its business model works. Its core product is a commodity, and while it has managed to snag some major clients, including General Electric and Procter & Gamble, I'm not convinced Box will ever turn a meaningful profit. What it is trying to do is hard, and that makes the odds of success extremely low. Trading for around five times sales, the stock looks extremely risky. Keep your distance.