McDonald's (NYSE:MCD) latest step on the path toward reinventing itself as a "modern, progressive burger company" could be its biggest. The world's largest fast-food chain is testing serving fresh beef patties at 14 locations in the Dallas area. The test only applies to quarter-pound-sized patties, meaning the Big Mac and regular hamburgers at those locations will continue to be made from frozen beef.

The experiment follows other initiatives from new CEO Steve Easterbrook to get McDonald's in sync with shifting consumer demands. Last October, the company began serving breakfast all day, a move that pushed comparable-store sales up more than 5%. It has also embraced higher animal welfare and food quality standards. Last year, McDonald's said it would stop serving chicken raised with antibiotics, and later said it would shift to using only cage-free eggs, following in the footsteps of several other restaurant and supermarket chains. Outside of animal welfare, the fast-food chain has also tested a more customizable menu it's calling "Create Your Taste," looking to compete with better burger chains that may have snatched some of its customers away. 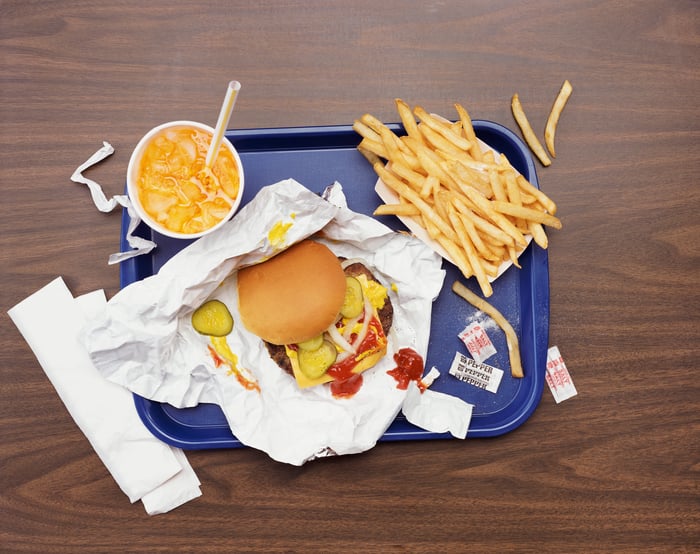 The rise of fast-casual chains and the popularity of organic foods are transforming the way Americans eat. Perhaps no chain has had more influence on shifting fast food trends than Chipotle Mexican Grill (NYSE: CMG). Its recent problems notwithstanding, the burrito roller became one of the fastest-growing and most popular restaurant chains in the country. This was in part because of its "Food with Integrity" platform, which promises responsibly raised meats, local produce when in season, and food without artificial ingredients or fillers, and no GMOs. Chipotle brags that its restaurants contain no freezers, microwaves, or can openers, and it seems McDonald's might be borrowing from this philosophy in many of its recent decisions.

But Chipotle isn't the only up-and-comer that's rejected frozen food. Better burger chain Five Guys shuns freezers, and popular chains like In-N-Out and Shake Shack use only fresh beef patties.  Even Wendy's (NASDAQ:WEN) has long served fresh, never-frozen beef, and it recently launched an ad campaign to remind customers of that difference between it and McDonald's and Burger King, both of which use frozen patties.

Will Mickey D's make the switch?

The fresh beef trial is still in its early stages, and a spokesperson told Fortune last month that "it's very premature to draw any conclusions from the test." Customer response to the experiment is also unclear at this point.

Converting from frozen to fresh beef nationwide would be a major undertaking for the chain, likely more complex than the all-day breakfast rollout, which McDonald's refused to do for years despite the fact that customers' have long urged it to do so. Switching to fresh beef would cause supply chain shifts -- there isn't even enough supply currently to run the test nationally --  new operating procedures, and, perhaps most importantly, a different price point, as fresh beef is more expensive than frozen.

That last point may be the dealbreaker that prevents a full-on switch to fresh. Price wars among the fast-food giants have been heating up, and McDonald's understands that value is key to its selling proposition. Despite the fresh-ingredients trend, the chain, with its $5 value meals, is targeting a different customer from Chipotle, whose burritos are in the $8 range. Trying to lure a less price-conscious set of customers to the Golden Arches would seem to be the wrong move, especially when the recent results from McDonald's and its rivals have shown that legacy fast-food chains continue to be popular despite the fast casual uprising. In addition, if fresh beef is what McDonald's customers' want, you'd think more of them would have switched to Wendy's instead, but McDonald's average unit volumes trounce those of its redheaded rival.

Still, even if McDonald's doesn't go national with fresh beef, the test shows that the company under Easterbrook is unafraid to throw out the old playbook in an attempt to give customers what they want, just as it did with its all-day breakfast launch.  As consumer demands change, McDonald's must continue to adapt, and the new management team gets this. Converting to fresh beef would be a huge step if the company chooses to take it, but a national rollout would likely take several years to implement, much like its switch to cage-free eggs. Expect to hear more about the results of the test and any potential expansion of it on McDonald's earnings call next month.