Facebook (NASDAQ:FB) recently partnered with Activision Blizzard (NASDAQ:ATVI) to stream Overwatch, Hearthstone: Heroes of Warcraft, and World of Warcraft game sessions to Facebook Live. Gamers who click the "Go Live" button in each title will be able to post live feeds directly to their timelines. Gamers will also be able to log in to Blizzard games with their Facebook accounts instead of Blizzard's Battle.net system. 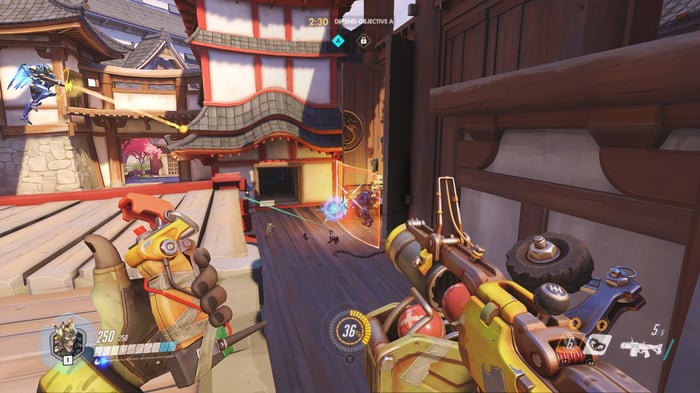 Blizzard is the first publisher to integrate its games with Facebook Live, a platform which has been largely ignored by gamers who mainly use Amazon's (NASDAQ:AMZN) Twitch to stream live games. Plenty of other rivals, including Alphabet's YouTube, Hitbox, and Azubu have also been desperately trying to catch up to Twitch. But will this partnership with Activision Blizzard tilt the odds in Facebook's favor?

The business of streaming live games

Last July, SuperData research estimated that there were 134 million e-sport viewers worldwide, and that figure could grow at a rate of 30% over the next five years. Amazon bought Twitch for almost $1 billion last year because it knew that the streaming site, which has over 100 million broadcasters and viewers, had a first mover's advantage in that niche market. Twitch's visitors spent over 277 million hours watching streams of its top games last month.

To capitalize on that growth, last October Activision created a dedicated e-sports division, led by ESPN's former CEO. Partnering with Facebook complements that push by generating free publicity for its games which could be much more effective than traditional ads.

YouTube offered live streaming to gamers back in 2013, but its use of a "Content ID" system to terminate accounts with copyrighted content accidentally flushed out gameplay videos. Many gamers migrated to Twitch and never returned. YouTube is trying to win back gamers with its new YouTube Gaming platform, but it's unclear if it can make up for lost credibility and time.

Back in January, Facebook claimed that its users were watching over 100 million hours of video per day. While that's less than the "hundreds of millions of hours" of video which YouTube claims its viewers watch daily, Facebook's videos could keep gaining ground as long as its core user base keeps growing. To compete with Twitch, Facebook likely hopes that displaying live streams of popular games to a portion of its 1.65 billion monthly active users will lay the foundations of a game streaming community.

If Blizzard's streams generate enough positive buzz, other publishers might stream games on Facebook Live as well. By tethering gamers to Facebook with single sign-ons, the social network also gains more information about its users' gaming habits, which can help it craft better targeted ads to feed its core business.

Facebook's entrance into the video game streaming market is smart, but it could be tough to convince gamers to switch over from Twitch, which spent years optimizing its streaming interface, monetization options for creators, and community support for gamers. Though it might become more convenient to stream games straight to Facebook, is it too late for the social network to catch up?