In spite of the looming summer season, the weather for dividend raises wasn't so hot last week. In fact, only a few notable companies lifted their payouts. 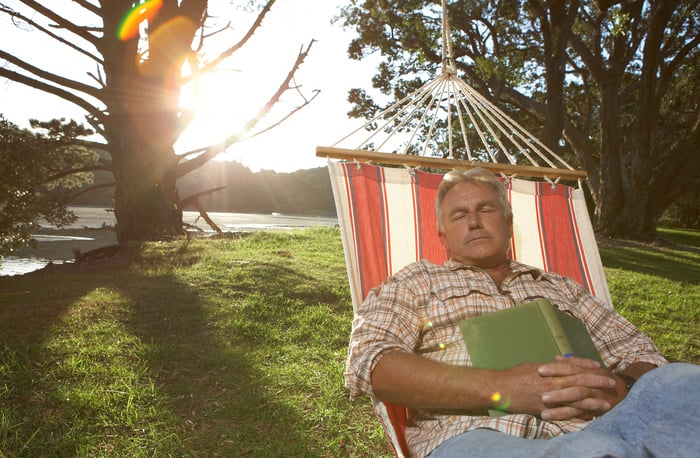 Since then, the pace has picked up and the  coming weeks should be a little more lively. In the meantime, here's what's happened so far:

Cracker Barrel Old Country Store (NASDAQ:CBRL) is notching new all-time highs in its stock price, and there are solid reasons why. Not only has it lifted its quarterly dividend by 5% to $1.15 per share, but it's also declared a chunky special dividend of $3.25 and delivered the goods in its most recently reported quarter. 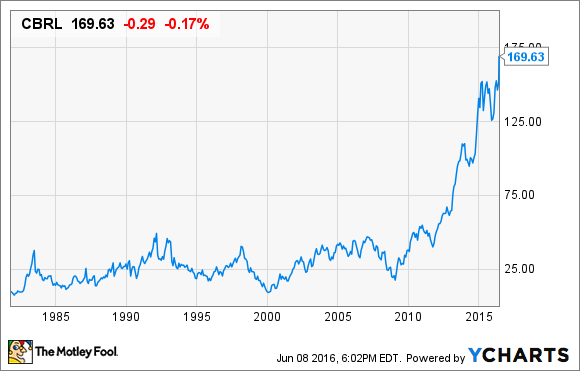 For its third quarter, the company posted a sturdy 22% gain in adjusted earnings (to nearly $44 million), on the back of impressive growth in both the restaurant and the retail operations of its business. That's a tough mix to pull off, and the market's rewarding Cracker Barrel for its obvious skill and success in doing so.

Meanwhile, free cash flow has been robust lately. Last year, it was more than double the amount paid in dividends. So it's got plenty of room for the current dividend raise and likely future hikes, too.

Cracker Barrel's next regular payout will be dispensed on Aug. 5 to stockholders of record as of July 15. It would yield 2.7% on the company's current stock price, comfortably above the 2.1% average of dividend-paying stocks on the S&P 500 index.

Cracker Barrel's special dividend will be paid on July 29. The record date is July 15.

These days, investing in any stock in or related to the energy sector is not for the faint of heart. Persistently low oil prices have put much of the industry in survival mode, with many companies struggling mightily to turn a profit.

Veteran drilling rig lessor Helmerich & Payne (NYSE:HP) is nevertheless increasing its dividend. It has a habit of doing that, so much so that it's a Dividend Aristocrat -- one of the few stocks that have lifted their distributions at least once every year for a minimum of 25 years in a row. The 2016 raise is a modest one, by 2% to $0.70 per share.

The caution is warranted. Because of the state of the company's client base, second-quarter revenues saw a steep 51% year-over-year decline to $438 million. Net income cratered much more precipitously, falling to $21 million from the year-ago result of $154 million. 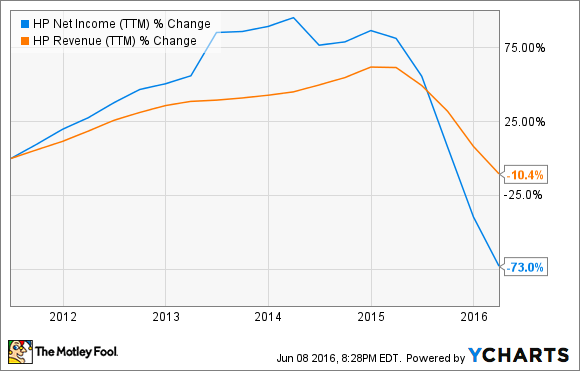 Those developments are concerning, but this is hardly Helmerich & Payne's first oil bear market. Plus, a look at its latest financials shows it's got enough financial muscle to at least sustain the present dividend. I think it'll be fine in the future too; it always figures out a way to keep adding to that dividend.

Helmerich & Payne's enhanced distribution will be handed out on Sept. 1 to shareholders of record as of Aug. 15. It yields 0.4% on the latest stock price.

Longtime dividend payer MB Financial (NASDAQ:MBFI), a financial services company headquartered in Chicago and the holding company for Midwest lender MB Financial Bank, is at it again. It's declared a fresh quarterly distribution of $0.19 per share, a 12% increase over its predecessor.

The company's financials have been on the rise too. Mirroring that dividend raise, in its most recently reported quarter MB Financial grew its total loans by 12% on a year-over-year basis, to just under $10 billion. Not coincidentally, net income saw a healthy 15% pop, landing at $39 million.

As a fairly traditional lender with a well-established position in the Midwest's largest city, MB Financial is a reliably steady performer. It produces robust free cash flow to go along with those improvements in profitability and balance sheet fundamentals, and as a rather conservative entity, it spends well within its means on the dividend. 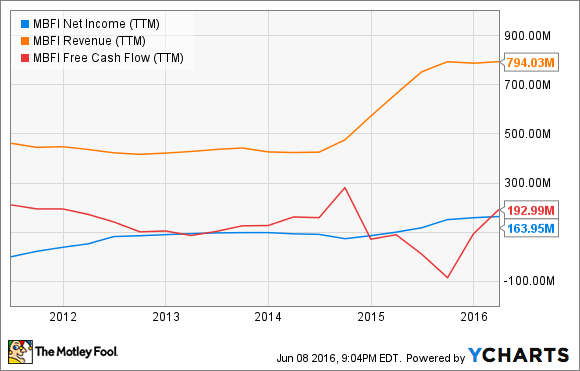 Given all of the above, I don't think the company will have much of a problem maintaining its new payout. In fact, I'd put money on it continuing to rise.

MF Financial will pay said distribution on June 30 to holders of record as of June 15. The new dividend would yield 2.1% on the most recent closing stock price.