Wal-Mart (NYSE:WMT) has built its business on offering low prices.

The company has long stocked its shelves with good deals, using its buying power to force vendors into lowering prices. On everything from food to furniture, clothes to electronics, Wal-Mart has leveraged its size and the sheer volume it sells of pretty much everything to secure the best deals possible,

Now, in addition to pursuing that strategy, the giant retailer has a new strategy to help consumers save money, and it's not just about what they buy; it's about what they don't buy. Wal-Mart has decided to tell its customers to cut the cord -- that is, give up traditional cable in favor of streaming options.

In order to make that happen, the company now has a webpage that details the steps someone would need to take to swap cable for streaming alternatives. 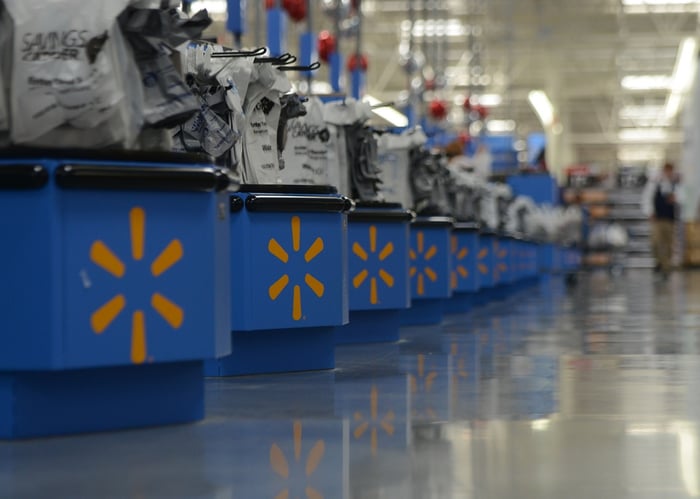 Wal-Mart wants its customers to drop cable and has a plan to help them do it. Image source: Wal-Mart.

Why is Wal-Mart doing this?

The retailer wants to help people cut the cord because it sells all the things consumers need in order to get rid of cable. Wal-Mart literally lays out the steps required for someone to do that, starting with "Cancel your cable or satellite subscription."

From there, in step two, the retailer notes that people need an Internet service provider and a  Wi-Fi router, the latter being the first of a few things Wal-Mart is happy to sell them. The retailer even goes as far as telling people to buy a router instead of renting it. That's a not-so-subtle dig at the ISPs, which follow the practice of renting people something they will pay for in full over and over.

In step three, the retailer lays out that people need either a smart TV or a streaming device to connect to the Internet. Of course, it also lays out all the choices, making it easy for people to buy said product. In this case, Wal-Mart does not appear to have a favored vendor as it displays Roku boxes next to Chromecasts alongside smart TVs and other streaming choices.

After that, in step four, Wal-Mart points out that adding an HDTV antenna -- which it will also sell you -- lets people "watch sports and TV shows in HD" and "get access to a bunch of free channels."

All of these steps sit under a banner that reads "cut the cable," and Wal-Mart also offers a number of bundled cord-cutting packages that include a Wi-Fi router, a streaming box, and an HDTV antenna. It also sells bundles that include the television as well.

Why is this going to work?

One of the reasons cord-cutting has so far been a trickle and not a flood is that consumers don't really understand how it works. For many people, cable is simply an easy way to get what they need and dropping it for a Frankenstein-like cobbled together solution seems daunting.

By presenting the information this way and by offering equipment bundles, Wal-Mart takes some of the fear out of the equation. The chain is offering consumers a blueprint and holding their hand through the process.

This is a very smart strategy that should help the chain sell some streaming products, routers, smart TVs, and HDTV antennas. It also may be the helpful nudge that a lot of consumers need in order to make the choice and get rid of cable.