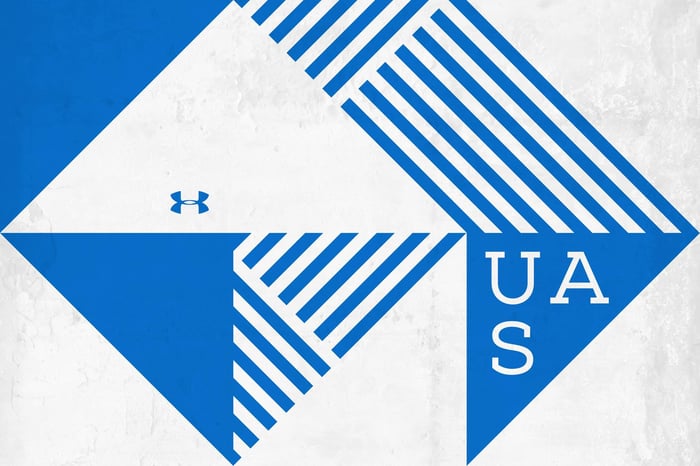 Under Armour (NYSE:UAA)(NYSE:UA) is best known for its popular athletic apparel and, more recently, its burgeoning footwear business. But in a recent press release, Under Armour revealed it will soon enter another lucrative market: sportswear.

More specifically, Under Armour announced that it has hired fashion designer Tim Coppens as executive creative director of UAS, or Under Armour Sportswear, a new brand operating under the Under Armour banner. Coppens, for his part, previously worked at Ralph Lauren (NYSE:RL) and Adidas (OTC:ADDYY), most recently gained recognition for his namesake fashion collection, and will oversee creative direction for Under Armour's UAS brand when it launches this fall.

According to Under Armour's press release, the UAS label will feature "fashion-driven performance sportswear," and is "designed to capture the existing opportunity of a collection that goes beyond the comforts of casual active wear and the trusted functionality of innovative athletic wear."

Coppens elaborated: "There is a desire for something new, a new twist on an American sportswear brand that allows the ambitious generation to go longer, faster and harder with intuitive product and a modern style. Under Armour is in a unique position to take on the task of defining this space with an authentic east coast sports and innovation brand footprint that is armed to enter the lifestyle market."

Under Armour's entrance into sportswear isn't entirely unexpected. In fact, Under Armour touched on its plans for the category at its 2015 investor day last September. At the time, chief merchandising officer Henry Stafford noted their two largest competitors, Nike (NYSE:NKE) and Adidas, collectively drive around 25% of their global revenue from sportswear, equating to roughly $12.5 billion in annual sales.

Of course, that also means investors will need to be patient as Under Armour builds this new business from the ground up. Plank also stated during the call that "sportswear isn't heavily considered" in Under Armour's goal to nearly double annual revenue to $7.5 billion by 2018. For that, as I wrote shortly after Under Armour unveiled its ambitious target, investors can thank a combination of Under Armour's continued broad-based domestic growth, ramping international expansion, and incremental contributions from its new Connected Fitness initiatives.

In case you're wondering whether Under Armour can pull it off given powerful competition in the space, note that this isn't Under Armour's first time entering a well-established market. Under Armour only just made its debut in footwear, for example, with its first line of football cleats in 2006. Fast-forward to last quarter, and footwear revenue jumped 64% year over year, to $264 million, representing just over 25% of total sales, and driven by both its expanded running shoe offerings and the ongoing success of its Curry signature basketball line. By contrast, Nike gathered $5.1 billion in footwear revenue last quarter alone, good for 63% its total quarterly sales.

For now, however, Under Armour isn't revealing images or price points for its new UAS line. But it has confirmed that it will include men's and women's apparel, footwear, and accessories, and that initial retail distribution for the brand will include UASportswear.com, select fashion retailers, and Under Armour Brand Houses in Chicago and New York.

In the end, shareholders should be excited for the prospects of UAS. If Under Armour can translate its early success in other markets to capturing meaningful share in this new multibillion-dollar segment, I think continued market-beating returns are in store for investors with the foresight to buy and hold Under Armour stock as this growth materializes.