Costco Wholesale (NASDAQ:COST), by far the nation's largest warehouse retailer, has made a model business out of its membership program. Costco customers pay a minimum of $55 a year for the privilege of shopping for bargain-priced bulk goods in its bare-bones warehouses.

That membership income allows the company to sell goods at nearly cost, as no product is marked up by more than 15%, and membership revenue actually makes up the majority of its profits.

In the U.S., Costco stores are most often found on the coasts and around major metropolitan areas, where the company can find a large enough membership base to support its warehouses, which average 144,000 square feet. Rival Wal-Mart (NYSE:WMT), by contrast, is most prevalent in the South and rural interior of the country, complementing Costco's base. 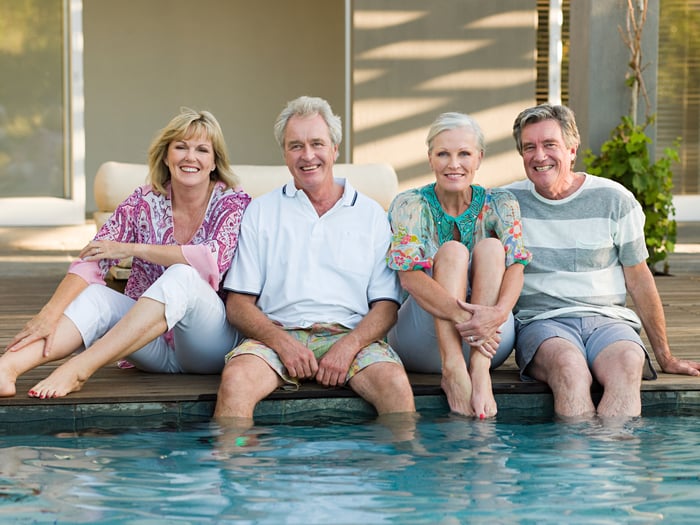 California is by far the company's most important market, making up 31% of its sales in its last fiscal year, and the state has a disproportionately high percentage of its higher-volume stores. Canada is also a key market, and the company has nearly double the stores per capita north of the border that it does in the U.S. Comparable sales in Canada have also outgrown the U.S. in each of the last three years, and Canadian stores are more profitable based on overall operating income.

Now that we have a grasp of where Costco is strongest geographically, let's take a look at the individual groups that make up Costco's best customers.

Bargain-minded but far from broke

Because Costco is open only to paying members, its customers tend to be more committed to the brand than those of most retailers. At the end of fiscal 2015, Costco had 44.6 million members, 39% of whom pay an extra $55 for an executive membership, which provides benefits such as a 2% reward on purchases as well as deals on auto and home insurance. Costco's entire membership base spends on average about $2,500 a year at its stores.

Due to the membership fee, Costco's customers tend to be wealthier than the average American and have an average household income of $100,000. Costco's customers are also older than the average consumer, two years older than the general population, which seems to be a product of the company's catering to a higher-income base and the need to have a car to shop there. Baby boomers tend to be the company's strongest age demographic, and Costco customers also generally hail from the suburbs as shoppers who have garages and other such storage space tend to be the best-suited for the bulk buying that a Costco trip entails.

Does Costco have an aging problem?

The biggest long-term concern for Costco seems to be its aging customer base. In the e-commerce era, Amazon.com (NASDAQ:AMZN) has swooped in and co-opted Costco's membership model with Prime, which offers a smorgasbord of perks, including free two-day shipping, for a $99 annual fee. For urban millennials, new parents, or busy professionals, Prime's quick shipping straight to their doorstep often makes it a preferable option over a Costco membership. Amazon hasn't made Prime membership figures public, but according to estimates, there are roughly as many Prime members as Costco members.

Compared with most retailers, Costco's relative lack of an e-commerce strategy may be costing it with younger customers who have flocked to Amazon. Costco's social media marketing is also essentially nonexistent as its Twitter account has not one tweet, though that may be a reflection of the company's bare-bones approach to marketing in order to keep costs down.

Costco's CFO Richard Galanti addressed the threat in a recent earnings call, saying that "everybody in the world never wanting to leave their house and only typing stuff to order and get it at the front door" is what concerns him most. The company does take in about $5 billion in online sales a year but has been slow to adopt steps, such as in-store pick-up for online orders, that have become commonplace at other retailers. Galanti said the company's eschewed such a tactic because it wants "to do everything possible to get [customers] in the store and not just come and pick something up." After all, the so-called treasure hunt of getting shoppers to buy things they didn't intend to is a key part of the Costco experience.

But membership growth is slowing and that could be a problem down the road. With a 91% membership renewal rate in North America, it's clear that Costco's customers are big fans of the retailer, but continued growth may depend on expanding beyond the high-income, suburban baby boomer it's cultivated as its core customer.