Brian Feroldi, Steve Symington, and Timothy Green
(TMFTypeoh)
Author Bio
Brian Feroldi has been covering the healthcare and technology industries for the Motley Fool since 2015. Brian's investing goal is to find the highest quality companies that he can find, buy them, and then to sit back and let compounding work its magic. See all of his articles here and make sure you follow him on Twitter. Follow @brianferoldi
Follow @@brianferoldi 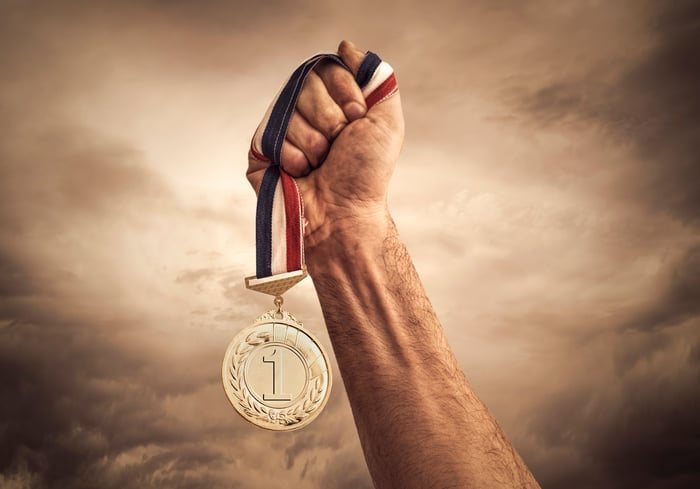 We Fools are passionate believers that the best way to grow wealthy over time is to invest in a basket of the highest-quality businesses that you can find, and then hang on to them through thick and thin. But with thousands of publicly traded companies available for investment, narrowing down the playing field to a few top ideas can be a daunting task.

To aid you in your search, we reached out to a team of our Foolish contributors and asked them each to share one of their top ideas. Read below to see what companies they highlighted, and judge for yourself if they are worthy of your investment dollars.

Brian Feroldi
The market has sold off the entire biotech sector this year, which is creating bargains for investors who are willing to invest against the grain. One biotech stock that I think is a great buy right now is Celgene (NASDAQ:CELG), a fast-growing industry giant that's down more than 16% year to date.

So why has the company's stock headed south? In addition to getting caught up in the general biotech bloodbath, Celgene's stock has pulled back because management reined in the company's targets for 2017. The reasoning behind the more modest forecast is that Abraxane, Celgene's drug for treating non-small-cell lung cancer, is struggling. Growth last quarter was an anemic 1%, mostly owing to an increase in competition.

I can see how that would be a worrying sign if Celgene's future were completely dependent on Abraxane's continued success, but that's not the case at all. Instead, I'd suggest that investors should stay focused on the growth of the rest of the company's products, especially Revlimid, which is going exceedingly well. Sales of this blockbuster treatment for the blood cancer multiple myeloma were up 17% last quarter to $1.6 billion. Better yet, management expects that the fast sales growth should continue for years to come, thanks in large part to a signed deal that protects Revlimid from generic competition until March 2022.

There are also plenty of other drugs in Celgene's lineup to be excited about. Its other multiple myeloma treatment, Pomalyst, continues to grow at a rapid clip, and sales could exceed $1 billion this year. Celgene's anti-inflammation drug Otezla also continues to impress, showing triple-digit growth last quarter. It also has a good chance of reaching the $1 billion mark this year.

If that weren't enough, Celgene boasts an impressive array of future product candidates in its pipeline. I'm especially excited about Ozanimod, the company's compound for multiple sclerosis and ulcerative colitis. Peak sales are estimated to be as high as $4 billion annually.

Add this all together, and by 2020 management is calling for company-wide sales of more than $21 billion and earnings per share exceeding $13. That implies a double-digit growth runway between now and then, and with shares trading for just over 14 times next year's profit targets, that makes this stock a top opportunity in today's market.

Tim Green
In my opinion, the best stock to own at any given time is often one that's been beaten down in the recent past. My favorite time to invest is when pessimism is taken too far, driving shares of a good company well below their true value. International Business Machines (NYSE:IBM) is a great example. 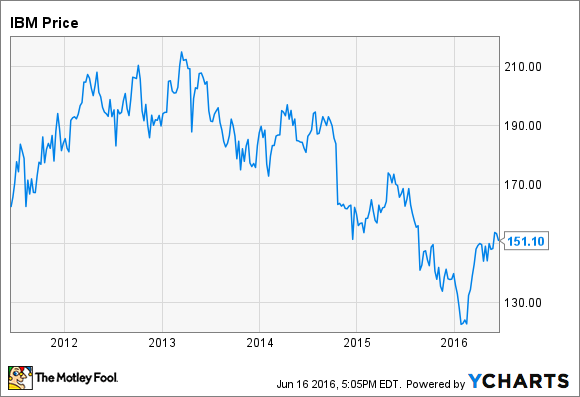 Now, on the surface, investing in IBM looks like a terrible idea. Revenue has been declining for four years, and earnings are slumping as well. But most of this revenue decline has been the result of the company divesting weak businesses, like its x86 server operation, as well as the strengthening of the U.S. dollar. Backing those items out, the company's 12% revenue decline in 2015 becomes a far less dire 1% decline.

IBM is engaged in a widespread transformation, shifting billions of dollars internally away from legacy businesses and toward areas like cloud and cognitive computing. In a recent Fortune article, the founder of Hurwitz & Associates, a consulting firm that works with IBM, described the company's transformation perfectly:

What many people don't understand about IBM is that in its core, it's a ferocious fighter. It'll do what needs to be done. What makes IBM's path harder to understand than what HP and Dell are doing is that it's almost doing a heart transplant on itself and doing it in public.

IBM has survived and thrived for over a century by taking dramatic action when necessary, and that's exactly what the company is doing today. In the long run, I think investing in IBM will pay off handsomely for investors.

Steve Symington
With the caveat that I think investors would be foolish (with a lower-case "f") to have just one stock in their portfolios, if I had to choose a piece of any single business to own today it would be Under Armour (NYSE:UAA)(NYSE:UA).

To be fair, Under Armour shares are down around 20% over the past two months, hurt by a combination of concerns over executive turnover and the fallout of the recent bankruptcy of The Sports Authority. But I've already chimed in to argue that neither should be of great concern to long-term investors. Regarding the former --  -- which included the resignations of chief merchandising officer Henry Stafford and chief digital officer Robin Thurston -- the only executive departure that would cause me to rethink my investing thesis would be that of Under Armour founder and CEO Kevin Plank. And regarding the latter, while Under Armour did reduce its full-year revenue guidance after The Sports Authority opted to close all its doors and liquidate the company, rather than reorganize, the size of the reduction was well under the gap left by The Sports Authority's absence, indicating that the rest of Under Armour's business is performing better than originally anticipated.

Indeed, Under Armour is only just getting started in China, where revenue last quarter nearly tripled from the same year-ago period, driven by the success of its Curry signature line of basketball shoes. This also made China Under Armour's largest international contributor to sales. And while overall international revenue grew 56% year over year last quarter, it still only represented around 14% of the company's total $1.05 billion in revenue, leaving it at the beginning of a long runway for global growth.

What's more, Under Armour recently told investors it will launch a new sportswear brand this fall ("sportswear" refers to everyday clothing for active individuals). UAS -- short for Under Armour Sportswear -- marks the company's entrance into the estimated $12.5 billion sportswear segment. According to Plank, Under Armour currently generates zero revenue from the category, and sportswear didn't weigh heavily in Under Armour's stated goal of nearly doubling annual revenue to $7.5 billion by 2018.

In the end, with Under Armour still sitting near the starting line of several enormous growth opportunities, I think the stock is an attractive buy for investors willing to take advantage of the recent pullback.