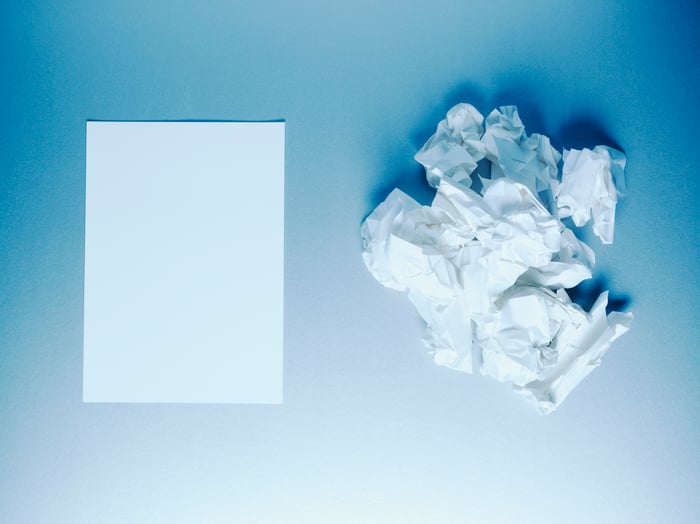 Whenever possible, learn from the experiences of others. These are the cheapest and least painful lessons around.

But some things must be experienced firsthand, because there's so much space between proper advice and practical reality.

In the classroom, martial arts teaches clean, thoughtful movements against a forgiving classmate opponent. In the real world adrenaline and fear leads most people to flail their arms wildly. Same with flight simulators and combat training. Nothing can simulate the psychology of genuinely thinking your life is in danger, so the difference between training and reality can be enormous.

In his book A Walk In the Woods, Bill Bryson writes:

All the books tell you that if the grizzly comes for you, on no account should you run. This is the sort of advice you get from someone who is sitting at a keyboard when he gives it. Take it from me, if you are in an open space with no weapons and a grizzly comes for you, run. You may as well. If nothing else, it will give you something to do with the last seven seconds of your life.

This is so relevant to investing, where the gap between proper advice and real-world behavior can be enormous. It's enormous because it's easier to give good advice to a hypothetical reader from the comfort of your keyboard than it is to be that hypothetical reader during the emotional torment of a recession or bear market.

Here are three things you must experience to understand.

1. Losing a third or more of your money

"Be greedy when others are fearful," the saying goes.

It's excellent advice. It's also dismissive of the powers of our fight-or-flight hormones.

Market analysis is backed up by a hundred years of data. Fight-or-flight responses are backed up by hundreds of millions of years of evolution. So you know which one has the edge.

When the market is doing well, everyone views a hypothetical 30% decline as a buying opportunity, or at least not worth selling over. It's easy to think this because you know it's the right attitude, and since it's genuinely impossible to anticipate how you'll feel witnessing your portfolio shrink by a third, there are no emotional barriers.

Then the decline comes, and you realize that being greedy when others are fearful is orders of magnitudes more difficult than saying it.

No amount of study can prepare you for the feeling of watching a third of your life savings disappear. It's the kind of thing you must experience to understand.

The important thing is realizing that, if you haven't lived through a bear market, you probably need a larger cash and bond cushion in your portfolio than you currently assume. If you have experienced one, accept that how you reacted to past market crashes is the best indication of how you'll respond to future ones, as epinephrine has a way of overruling past lessons you think you've learned.

2. Earning a fortune with minimal effort

Some of the biggest financial mistakes are made with money you didn't work hard to get. Trust funds. Gambling winnings. Lotto prizes.

And, of course, stock market profits.

Money made without effort is totally different from money you worked hard for. There's no sweat-equity to remind you of how much skin you have in the game. That makes it highly emotional, from the excitement of how it was made to the willingness to let it slip away through frivolous spending and terrible investments. As Mark Twain put it: "A dollar picked up in the road is more satisfaction to us than the 99 which we had to work for, and the money won in the stock market snuggles into our hearts in the same way."

In hindsight, it is easy to criticize how irrational people behave during market bubbles. And we should. But we also shouldn't discount what happens inside your head after earning a fortune without lifting a finger. It boosts confidence faster than ability, and gives you mental permission to take risks you never would with hard-earned money.

3. Staring at a genuinely bleak outlook

I'm an optimist. I also live in the richest country in the world and came of age during a time of economic prosperity. I shouldn't pretend these two things aren't related.

It's one thing to be an optimist when things are going swimmingly. It's quite another to live through the Great Depression when not only you, but everyone you know, is in dire straits.

Warren Buffett once said that, despite his commitment to ethics, he wouldn't rule out robbing a store if he were broke, had a sick kid at home, and an empty kitchen. No one can rule out what currently seems to be unthinkable actions without understanding the frame of mind that a genuinely bleak outlook puts you in.

We can look at history and see that you should have been bullish on stocks in 1932, 1982, 2002, and 2009. That's when the market bottomed and pessimism was rampant. But everything is obvious in hindsight, and it's impossible to un-remember what you know today when trying to recall how you and others felt in the past. At every market bottom, smart people were genuinely concerned about our economic future, and anyone who was chronically unemployed or in dismal financial shape stood ready to believe them. I might do the same in a similar circumstance. Most of us would.

Being a long-term optimist is a prerequisite to being a successful long-term investor. But the test of whether you're an optimist doesn't come during the boom, or even during normal times. It comes when you, personally, are staring down a deep, dark financial tunnel. And that's something you can't prepare for. You have to experience it to understand it.