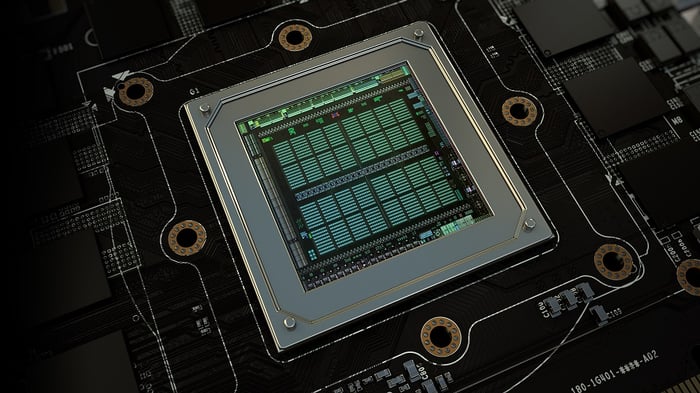 With the launch of the Pascal architecture-based GeForce GTX 1070 and GTX 1080 cards, NVIDIA has effectively killed off 3-way and 4-way SLI.

In NVIDIA's whitepaper detailing the GeForce GTX 1080, the company says that "3-Way and 4-Way SLI modes are no longer recommended."

Here's the company's rationale for why it's not recommending those modes any longer:

As games have evolved, it is becoming increasingly difficult for these SLI modes to provide beneficial performance scaling for end users. For instance, many games become bottlenecked by the CPU when running 3-Way and 4-Way SLI, and games are increasingly using techniques that make it very difficult to extract frame-to-frame parallelism.

In the same whitepaper, NVIDIA says that it will still allow users to use 3-Way and 4-Way SLI configurations if they really want to. However, the company will apparently require users to download a special "Enthusiast Key," which will be loaded onto users' cards to unlock 3-Way and 4-Way SLI capability.

How NVIDIA is making lemonade out of these lemons

Obviously, NVIDIA would love to sell users as many GPUs as they're willing to buy. After all, the kind of user that wants to run 3-Way or 4-Way SLI isn't the kind of user who will be buying cheap graphics cards (it makes more sense to buy one to two high-end cards than three to four mid-range ones). She or he will most likely be buying three to four of NVIDIA's highest-end cards at around $700 a pop.

I don't think there are too many gamers who would be interested in such configurations in the first place, but NVIDIA is likely leaving a non-zero amount of revenue on the table as a result.

The good news for NVIDIA, though, is that with the GeForce GTX 1080 the company announced new SLI bridges -- the components that connect two cards together -- known as SLI High Bandwidth bridges. These bridges, according to NVIDIA, deliver more than twice the transfer rate between two cards that a standard SLI bridge does.

The company says that for many use cases the SLI High Bandwidth bridges will provide a superior experience to either the standard bridges or even the slightly higher-performance LED bridges it sold in the past. 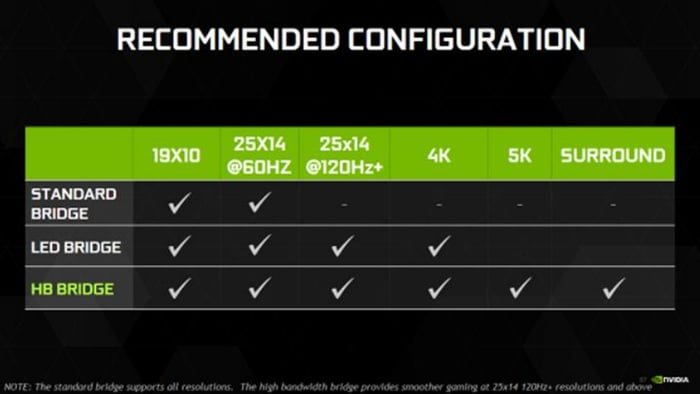 I suspect that the kinds of folks who are going to fork over the kind of cash to run dual GeForce GTX 1070 or dual GeForce GTX 1080s aren't going to have a problem spending an additional $40 on a new SLI High Bandwidth bridge to get the most out of their cards.

NVIDIA benefits from doubling down on 2-Way SLI in a couple of ways. First of all, it should be able to get some revenue from selling users these specialized SLI High Bandwidth bridges. More importantly, though, if the experience of using 2-Way SLI can be significantly improved, more gamers might be interested in trying their hand at multiple graphics cards in a single system.