Fundrise has a number of funds that have varying investment strategies. A recently-formed fund by the name of Fundrise West Coast Opportunistic REIT has a stated goal to generate returns by investing in real estate projects in large metropolitan areas like Los Angeles, San Francisco, Seattle, and Portland, for example. 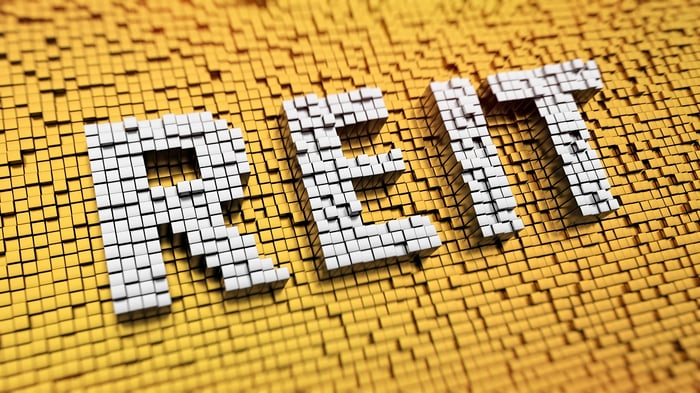 But all that glitters may not be gold, and though Fundrise isn't a scam in the sense it is going to run away with your money, its claims should come with a few asterisks. Deep in its filings for its so-called eREITs are pages and pages of conflicts of interest and risks that investors should give particular attention.

Fundrise claims in its marketing that it saves investors “0.37-5.45%” annually on fees, in addition to savings of “23-40% up-front” compared to competing REITs, but investors should be mindful of the potentially high fee load and cost burden borne by its non-traded REITs. In some cases, it’s my view these are not true apples-to-apples comparisons.

At virtually every step along the way, the fund's managers have the capacity to collect another fee from investors. The Fundrise West Coast Opportunistic REIT is a pertinent example. Filings with the SEC reveal that the manager has the capacity to charge several different fees to the REIT and its shareholders. In the past, some fees have been waived or reduced temporarily, while others haven’t been charged, but could be charged in the future.

Not all costs are clear

This assumes, of course, that investors even have the ability to redeem their shares when they want to. Filings say that the manager “has the authority, in its sole discretion, to limit redemptions by each shareholder during any quarter, including if the manager deems such action to be in the best interest of the shareholders.” Non-traded REITs have historically been  notorious for suspending redemptions when investors wish to sell in quantity.

Fundrise, through a representative, told Fool.com that the fees and potential gates on redemptions are designed to avoid a scenario in which investors want to liquidate in a down market, forcing the company to sell assets at a discount and lock in losses for shareholders who remain. Investors who buy shares of its REITs should be cognizant of the fact that they may not have the ability to sell their shares of its REITs when they may want to.

Redemptions aside, even investors who intend to buy and hold forever are not immune from transaction-related costs at the time of purchase. Shares of non-traded REITs, including Fundrise’s eREITs, can be sold at a premium to their underlying book value, thus investors may pay $10 for shares that are backed by less than $10 of investment assets.

The Fundrise West Coast Opportunistic REIT does not yet publish a net asset value per share figure. Based on financials as of December 31, 2016, I calculate that Fundrise West Coast Opportunistic REIT had a per-share net asset value (book value, calculated by using the total equity divided by shares outstanding) of roughly $9.67.  The most recent 1-K filing says that “[u]ntil December 31, 2017, the per share purchase price for our common shares will be $10.00 per share, an amount that was arbitrarily determined by our manager.” (More recent financials are not available, since the company files financial reports twice per year.)

While a premium isn’t an expense in pure form, the difference between what investors pay for their shares and what the real estate backing the shares is worth is a real cost of buying into any REIT. Fundrise criticizes competing REITs for selling shares at prices higher than their net asset value, but it seemingly ignores this cost in its analysis of its own REITs in marketing materials on its website.

To be sure, there have been cases where Fundrise offers shares of its REITs at a price above their stated net asset value. As of September 30, 2016, Fundrise Equity REIT had a clearly-disclosed net asset value of $9.55 per share, but shares were being offered to investors at a price of $10 each. In effect, new investors paid $10 for each share despite the fact that the assets backing each share were, at the time, worth just $9.55.

To deal with conflicts of interest, Fundrise West Coast Opportunistic REIT has hired an "independent representative" to review and approve potentially conflicting transactions prior to their consummation. As recently as 2015, the company’s independent representative, William Thomas Lockard, Jr., worked as a Senior Vice President of Rise Companies Corp., the parent company of the REIT's manager.

One wonders if Lockard, who is paid for his services by Fundrise’s REITs, and who previously worked for the parent company of the REITs’ manager, will serve as an advocate for shareholders, or simply act in the best interests of his former employer.

Non-traded REITs have their own risks and rewards. Financial regulator FINRA and the Securities and Exchange Commission have published bulletins warning investors about risks that are specific to non-traded REITs compared to their publicly-traded peers. Non-traded REITs have historically proven to be a poor cohort for investor returns due to fee loads, conflicts of interest, and difficulties valuing their portfolios, among other problems.

Investors should read the offering circulars and financial filings in full before deciding to invest in any non-traded REIT, including those offered by Fundrise. As with any investment, the source documents, not the marketing materials, should be used for the basis of analyzing any investment.