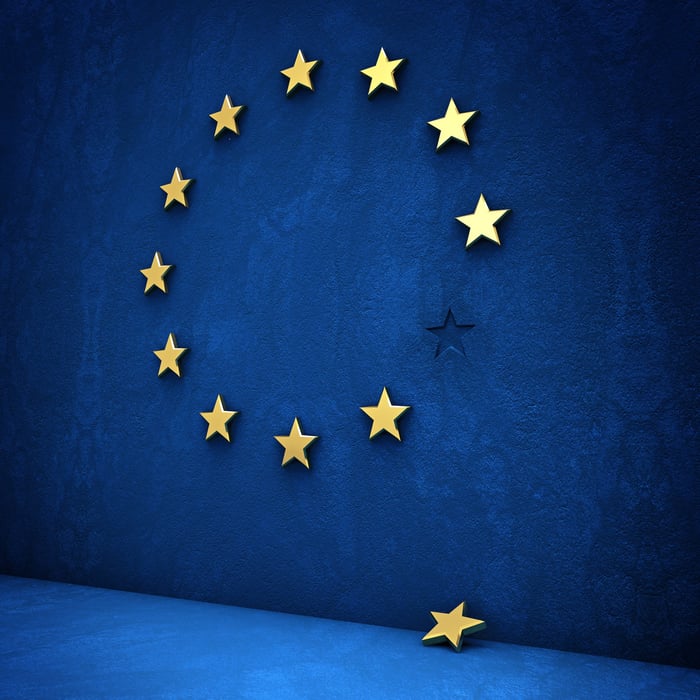 Note: This is a market update we've sent to all The Motley Fool's paying members, but we're making it public as a service.

Winston Churchill fittingly said, "Democracy is the worst form of government, except for all the others." Thursday's vote may have been precisely what he spoke of. While the people have spoken, they have voted for pushing the pound to the lowest level since 1985, the nation's bank stocks down nearly 30%, and -- at the risk of being one of those forecasters -- almost certainly a weaker economy. Based on currency fluctuations, the U.K. gave up its title as the world's fifth-largest economy last night, ceding to France. And we're only a few hours after polls closed.

What's this mean for you as an investor?

An investor friend of mine, Tren Griffin, jokes whenever market-moving news occurs that he "cannot wait to get to my computer in the morning and proceed to do absolutely nothing."

The most important thing you can do right now is heed his advice. We're not selling. We're not making changes to our portfolios. We're genuinely shaking our heads in surprise, but we're not worried. If anything, huge declines become opportunities. That's why Motley Fool CEO Tom Gardner is committed to ​buying​ stocks next week in his real-money portfolio, just as normally scheduled.

My litmus test for whether the world economy will create value over time is asking the question, "Did more people wake up this morning seeking to solve problems and make life better for others than do the opposite?" And the answer is still firmly "yes."

Whether it was after 9/11, or the 2008 financial crisis, or Greece's default, financial markets habitually have sharp, knee-jerk reactions to big news stories with lots of uncertainty. The attitude among investors becomes "sell now, ask questions later," as so many hedge funds and professional traders cannot afford the risk of not knowing what might happen to their investments over the next, say, 30 days.

We're not in that camp.

It's possible a big stock sell-off is justified. But it's probable that today's plunge is more indicative of people selling because they don't know what's going to happen, not because they know something you don't. That's why we stay the course.

Let me remind you of this chart. It's the U.S. stock market over the last 140 years, adjusted for inflation: 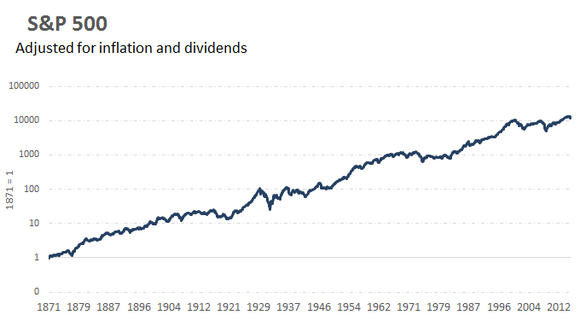 Patience will be constantly tested but ultimately rewarded -- as it always has been.

Brexit: What We Are (And Aren't) Doing @themotleyfool #stocks Next Article
Current