Frontier Communications (NASDAQ:FTR) closed on its $10.54 billion acquisition of wireline systems from Verizon (NYSE:VZ) in April and the market has cautiously lauded the move. 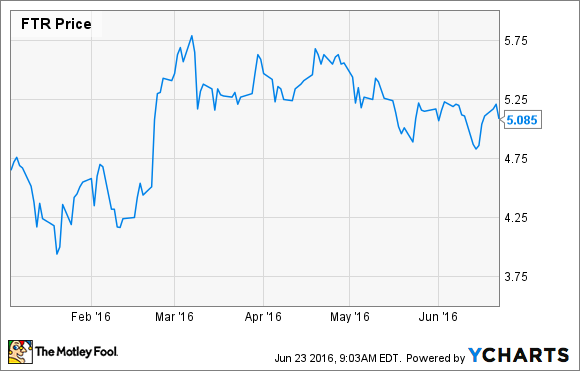 "This is a transformative acquisition for Frontier that delivers first-rate assets and important new opportunities given our dramatically expanded scale," said CEO Daniel J. McCarthy in a press release. "It significantly expands our presence in three high-growth, high-density states, and improves our revenue mix by increasing the percentage of our revenues coming from segments with the most promising growth potential."

So what: Buying these customers gives Frontier the ability to better compete in a consolidating industry. It can spend more money developing its technology in order to keep up with the bigger players in the space by having a greater number of users to spread costs over.

This was a risky move for Frontier, but it was a needed one. Staying small meant the only strategy was to get purchased. By contrast, getting bigger makes the company a more attractive acquisition target while also letting it operate on its own more successfully.

Now what: Frontier has had trouble serving its newest customers. That was to be expected, as handing off millions of users is not a simple process and the issues have lessened as we move farther away from the Apr. 1 handover date.

Still, because Frontier operates in markets as an alternative to more-established players, it has to deliver on more than price. The company faces competition in all its markets in both broadband and cable. To make this major bet pay off, then, it not only has to keep its customers, it has to grow it base, especially in broadband.