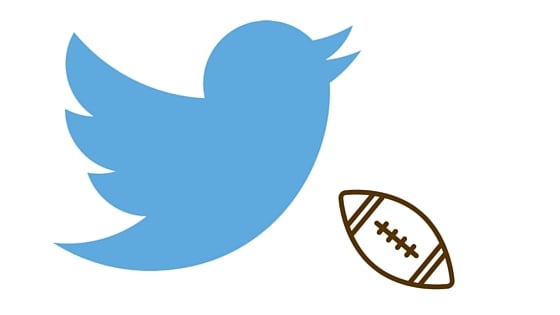 The NFL on Twitter (NYSE:TWTR) is a hit! The social media company has already filled 50% of its ad inventory for the 10 Thursday Night Football games it bought the digital rights to for $10 million earlier this year.

But Twitter doesn't plan on stopping with football. "You'll see other announcements around premium content from us soon," Periscope CEO Kayvon Beykpour said. Periscope is the live-streaming app Twitter purchased last year and has since integrated into its flagship app.

Live programming opens the door for a whole new revenue stream -- traditional TV-style commercials. While Twitter's cost of goods might jump, more deals like the NFL have the potential to kick-start its stalling revenue growth.

The idea behind the NFL deal seems to be first and foremost to showcase the value of Twitter. Twitter is often used as a second screen to view the firehose of commentary around live events like Thursday Night Football. In the past, the company has curated commentary around NFL games every Sunday, and its Moments feature often showed real-time highlights from the weekend's action.

Live streaming the games will provide a unique experience that puts viewing the game and the Twitter feed all on one screen. Management hopes the games will draw more people to Twitter and showcase the value users can get out of it.

That goes for both active users and visitors. In the company's first-quarter letter to shareholders, CEO Jack Dorsey wrote that the NFL streams will "show people who don't already use Twitter that our service is the destination for live events and the conversations around them."

Facebook reportedly spent $50 million on contracts with various media partners to produce live content for its competing livestreaming platform. Facebook is compensating publishers directly until it can figure out an effective way to monetize videos on its platform more directly. It currently has a suggested videos feed for users who click on a video to watch it with sound, and it displays ads in between videos. Twitter recently copied that feature.

YouTube is also shelling out the big bucks to produce new original series for its platform exclusive to viewers who subscribe to its new YouTube Red service. The series will star native YouTube talent. The company plans to release 17 to 25 originals this year, and it intends to double that next year. YouTube's monetization model is much more clear; it gets revenue directly from subscriptions. It's still unknown whether it's worth the investment, though.

In Twitter's negotiation with the NFL for the streaming rights to Thursday Night Football, it acquired a small portion of the ad slots during the games. Those ad slots are typically reserved for local advertisements sold by pay-TV operators or local broadcast affiliates.

Twitter holds a major advantage over those pay-TV operators and affiliates. It has targeting data it can use to make its ads more effective. Even big brands use demographic, geographic, and other data to display more specific messaging to users, as Facebook often likes to point out on its earnings calls.

Making deals for big events also opens the door for a simple direct monetization strategy, which Facebook currently lacks. It also comes with a more predictable return on investment than YouTube Red's strategy, as Twitter should be able to effectively manage ad prices.

Twitter's investments in live event broadcasts could create a whole new revenue stream for the company while differentiating itself from the rest of the competition.