These are the three best small-cap ETFs for your portfolio.

Thanks to an explosion in exchange-traded funds, investors have more fund choices than ever before. But when it comes to small-cap ETFs, there are really only three worthwhile contenders. These three funds track three different indexes, providing investors with unique exposures.

Here are three of the very best small-cap ETFs, and the case for each fund. 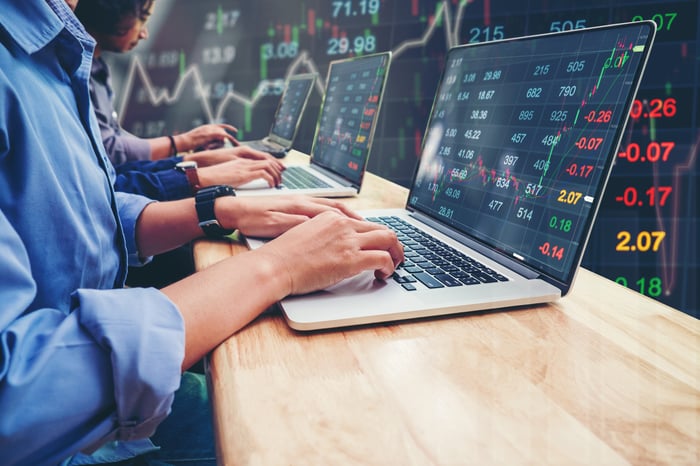 Given that all of these funds are tax-efficient, and low cost, the primary difference between them is how their respective underlying indexes allocate investments between medium-, small-, and micro-cap stocks.

The gold standard for small-cap ETFs, this fund is the largest in its category because it tracks the Russell 2000 Index, which is generally regarded as the small-cap index for American stocks. The Russell 2000 index is made up of the 2,000 smallest stocks in the Russell 3000 index, with constituents weighted by market cap.

The fund is naturally tilted toward small- and micro-cap stocks, which together compromise about 97% of the fund's assets. The following chart provides a breakdown of its exposure to holdings by market cap. 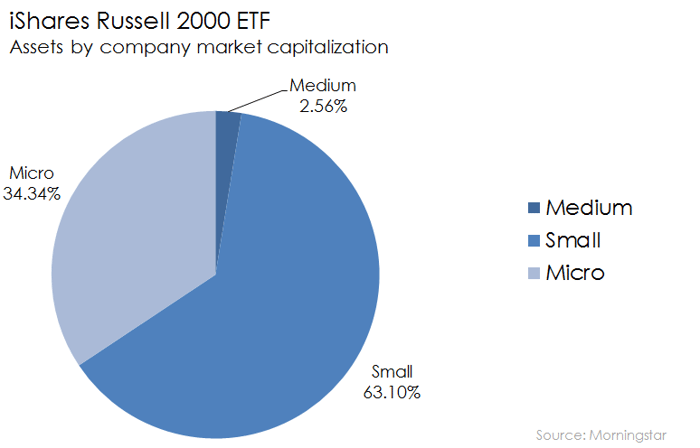 Inexpensive to hold, with an expense ratio of 0.20% of assets annually, the fund is a great choice for long-term investors. There isn't much more to say about this fund, which gives you broad diversification across the leading index for small-cap stocks at a tiny price tag.

Vanguard funds frequently earn a top spot in any list of the best ETFs because of their low costs, and this fund is no different. The Vanguard Small-Cap ETF tracks the CRSP U.S. Small Cap Index, which seeks to invest in stocks that are smaller than the largest 85% of the market and larger than the bottom 2% of the market.

The result is a fund that includes just under 1,500 holdings, with a bias toward mid-cap stocks because of its market-cap weighting and the fact that it purposefully excludes the smallest 2% of the market. Notice in the  following chart the differences in market-cap allocation between this fund and the others on the list. 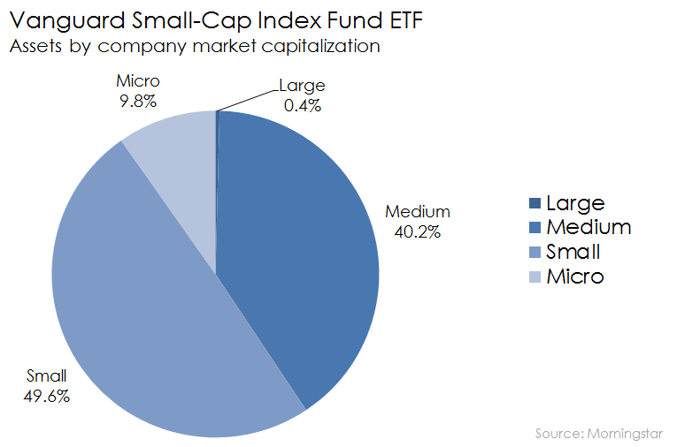 The fund is no slouch when it comes to performance, either. An allocation that favors some of the biggest small caps gives it a one-, three-, five- and 10-year record of beating the Russell 2000 index. Carrying an annual expense ratio of just 0.08%, it has earned its place as a contender as a top small-cap ETF, though investors should be cognizant of its higher-than-average exposure to mid-cap stocks. 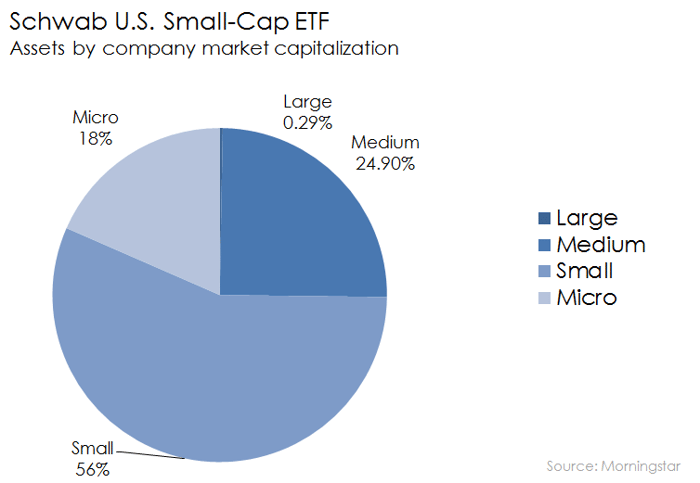 Its relative bias toward mid-cap companies led it to Russell 2000-beating performance over the past one-, three-, and five-year periods. If mid-cap companies lose their recent luster, this fund, like the Vanguard fund, is likely to fall behind Russell 2000 trackers including iShares' ETF. At any rate, it's hard to go wrong with a low-cost fund like Schwab's US Small-Cap ETF, which carries an annual expense ratio of just 0.08% of assets.