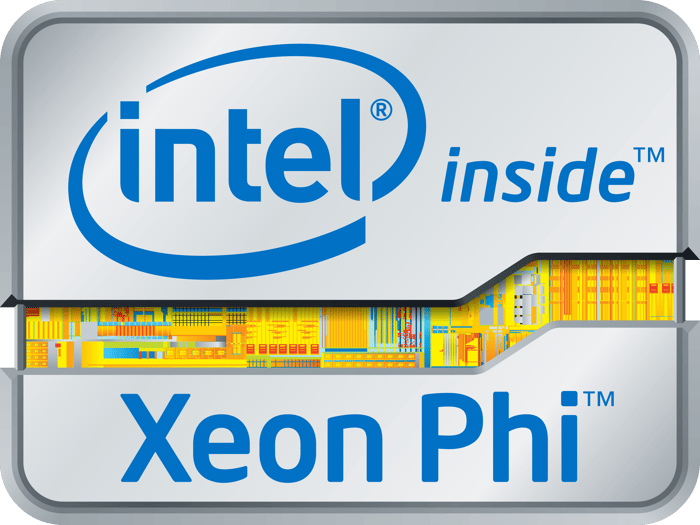 Graphics-chip company NVIDIA (NASDAQ:NVDA) has dominated the market for accelerators in recent years, with its Tesla GPUs being used for both high-performance computing and for accelerating machine learning tasks in hyperscale data centers. Tesla has become a big business for NVIDIA -- during the past 12 months, the company's data-center segment generated nearly $400 million of revenue.

Intel (NASDAQ:INTC) has been eyeing this market for some time, but its Xeon Phi line of accelerator cards has so far failed to make much of an impact. Knights Landing, the latest Xeon Phi product from Intel, could change that. I first talked about Knights Landing two years ago, and following a major delay, the product is finally shipping in volume to customers.

Intel has big plans for Knights Landing, with the company expecting to ship more than 100,000 units into the HPC market this year. With list prices for the four models starting at $2,438 and going up to $6,254, Knights Landing could generate hundreds of millions of dollars in revenue this year. That would put it not far behind NVIDIA's data-center business.

Why Knights Landing could be a big deal

Knights Landing brings major performance and efficiency improvements compared to the previous generation of Xeon Phi chips, called Knights Corner. The chip contains 76 "Silvermont" Atom cores, although only 72 are active in the highest-end variant. Cost per teraflop of performance for Knights Landing is about double that of Knights Corner, and Intel claims that its new chips handily beat NVIDIA's GPUs in certain scenarios.

NVIDIA's newest Tesla GPU, the P100, is more powerful than even the highest-end variant of Knights Landing. The P100, which is set to ship during the fourth quarter, clocks in at 4.7 teraflops of double-precision floating-point performance, well above the 3.46 teraflops achieved by Intel.

Raw performance numbers don't tell the whole story, though. NVIDIA's accelerators are comprised of a few thousand graphics cores, which are well suited for highly parallelizable tasks with similar characteristics as rendering graphics, while Knights Landing is comprised of dozens of more-general x86 cores.

Intel cites a few examples where Knights Landing provides a major boost in performance compared to NVIDIA's Tesla cards, like LAMMPS, a molecular dynamics simulator. Intel's advantage may simply be a case of Knights Landing's architecture being better suited for the task. Architectural differences allow both companies to claim that their products are faster, depending on the application.

Unlike Knights Corner and all of NVIDIA's Tesla products, Knights Landing chips are bootable, meaning that they serve as both the main CPU, as well as the accelerator. This brings two major advantages.

First, the memory bandwidth limitations of the PCI Express connection are eliminated. And second, an HPC system will no longer need both a CPU and an accelerator card, potentially lowering costs for customers. While this could cannibalize sales of Intel's CPUs, only fairly high-end Xeon processors are priced above Knights Landing. For Intel, it's a trade-off likely worth making.

One advantage that NVIDIA has over Intel is the vast number of applications that have been optimized for its GPUs. Hundreds of common applications in areas like computational finance, deep learning, medical imaging, and molecular dynamics are supported, creating switching costs for those already invested in NVIDIA's Tesla GPUs. Intel claims to have more than 30 applications optimized for Knights Landing, but there's likely a significant gap that will need to be filled.

Despite NVIDIA's head start, Knights Landing could put serious pressure on NVIDIA's data-center business. Moving 100,000 units this year would thrust Intel into a strong No. 2 position in the accelerator market. Demand may be robust enough for both NVIDIA and Intel to prosper, but Knights Landing could take a bite out of NVIDIA's market share.