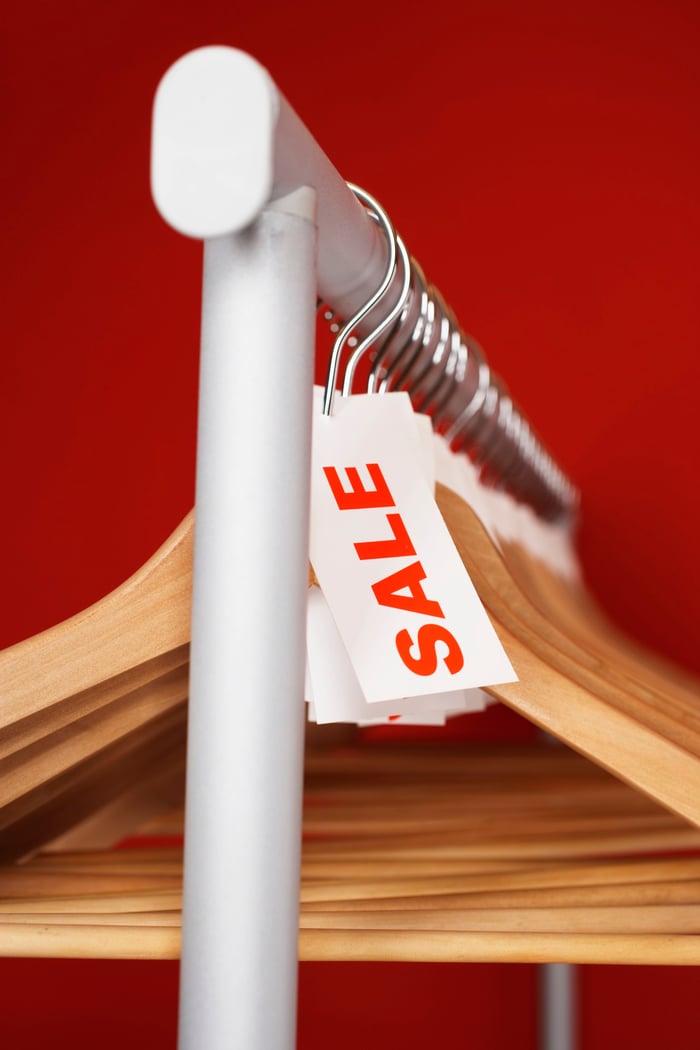 When you hear the term "value dividend stock," biotech isn't a sector that immediately comes to mind. Investors in that growthiest of growth industries often discard their P/E ratios and "buy at" prices and instead take moonshots, with the hope that one of their investments will hit the jackpot. Yet among the mature biotechs, occasionally a discerning investor can buy a stock that's seriously on sale.

Such is the case with Gilead Sciences (NASDAQ:GILD).

Of course, there's a reason

Gilead is so cheap because many investors fear that its best days are behind it. The biotech powerhouse built its name on HIV treatments and still holds a dominant (roughly 80% market share) position in the United States, but more recently it's become better known for its Hepatitis C cures Sovaldi and Harvoni. Those drugs, which brought in a shocking $4.3 billion last quarter, are under siege by competitor drugs from AbbVie and Merck.

Gilead Sciences is maintaining its 90% U.S. market share in Hepatitis C, but with AbbVie and Merck gunning for patients, the pricing wars are heating up. Gilead is discounting its drugs more deeply in the U.S. to remain competitive, but it's also seeing fewer patients start on its drugs, as many insurers continue to restrict access to Harvoni and Sovaldi. In Q1, Harvoni sales fell by over 50% year-over-year in the U.S., to $1.4 billion from $3 billion in the year-ago quarter.

With Hepatitis C drug sales falling and competitors circling in on HIV as well, many fear that Gilead will be unable to return to growth mode and therefore deserves a valuation befitting a company that has peaked.

Here's why they're wrong.

The first -- and most obvious -- mistake that the market is making today is discounting Gilead's drug pipeline. Gilead has exciting opportunities in a number of disease areas. I'll highlight three briefly: non-alcoholic steatohepatitis (or NASH, for short), autoimmune diseases, and cancer.

Gilead has four drugs in development to treat NASH, which currently has no great treatment options. These four drugs, which are still in phase 1 and phase 2 trials, are targeted at different elements of NASH and reflect Gilead's interest in potentially building a cocktail to attack NASH synergistically. These drugs are still years away from potentially going to market -- assuming that they perform well in trials -- but peak sales for a successful treatment certainly range in the billions of dollars.

Gilead is beginning its first serious foray into the autoimmune space with its newly licensed JAK1 inhibitor filgotinib. After filgotinib produced impressive phase 2 trial data, Gilead is poised to begin phase 3 trials testing it in rheumatoid arthritis (RA) and Crohn's disease patients. One analyst has pegged peak sales as high as $2 billion, so it's a solid opportunity for Gilead. And filgotinib isn't the only bullet Gilead has in the chamber: GS-5745 is another (earlier-stage) drug targeted at a range of diseases in the space.

Gilead only has one cancer drug currently on the market: Zydelig, which was approved in July 2014 by the FDA for a number of blood cancers. Because Zydelig wasn't approved as a frontline therapy -- and subsequent trials intended to expand its indications were halted because of unexpected patient deaths -- sales have been anemic. The drug is no longer expected to approach anywhere near the $1 billion or more peak sales that analysts had previously estimated (Zydelig managed $49 million in Q1 2016 sales, implying that it could annualize at around $200 million in sales this year).

But Gilead has a number of other cancer drugs in development, although most are early- or mid-stage. Gilead's cancer pipeline is a little scattershot right now -- lots of different drugs, lots of different mechanisms of action. Management's intention is to see whether these drugs can really move the needle in different combinations, as has been happening more broadly across cancer research over the last few years. Executive VP Paul Rutherford Carter commented at a recent conference, "It's our hope at this time next year we can more clearly articulate a pathway for one or more of these combinations going forward" (this and other quotes courtesy of S&P Market Intelligence).

Difficult to value, but still valuable

To summarize (briefly): Gilead has a broad and deep pipeline full of potentially impressive moneymakers. How much value is contained in the pipeline is somewhat unclear right now -- after all, we'll need to see how all of these drugs do in phase 3 trials (and on the cancer front, Gilead still has to figure out what its precise strategy is going to be). But just because the amount of growth Gilead can squeeze from its pipeline is unclear doesn't mean that there's no growth in the future.

But let's discount all of that for a moment. Even if you think there's no value in Gilead's pipeline, the company has another big opportunity: mergers and acquisitions.

Gilead has $21.3 billion in cash on its balance sheet (equivalent to almost 20% of its market cap). With all of that firepower, Gilead can do a great deal to build out its pipeline or just buy its way into a new disease area. Consider, for example, its 2011 purchase of Pharmasset for $11 billion, which yielded Sovaldi and launched its Hepatitis C dominance.

Management has given us some clues as to their thinking. In response to a question at the Goldman Sachs Healthcare Conference about potential Gilead acquisition targets, Chief Science Officer Norbert Bischofer noted that Gilead's "biggest need, I would say, or the need where we're looking into is in oncology because I think we have to fully build out the oncology franchise."

Ultimately, the optionality that comes with that much cash means that Gilead has a lot of potential strategies it can pursue to grow shareholder value -- whether it's investing in organic R&D, buying drugs from other companies, or growing dividends and share repurchases. For now, Gilead is doing all three, and I believe a skeptical market will be proven wrong as management discovers new growth opportunities and develops the opportunities it has already identified.