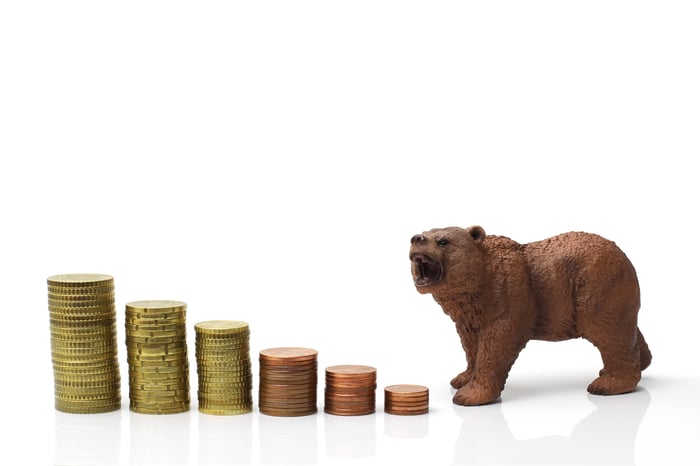 What: It's been a rough couple of months to be an investor in Sarepta Therapeutics (NASDAQ:SRPT). A series of positive and negative news items have caused the company's share price to behave erratically, rising and falling by double-digits multiple times this year. The end result is that shares have fallen more than 47% since the start of the year, according to data from S&P Global Market Intelligence. 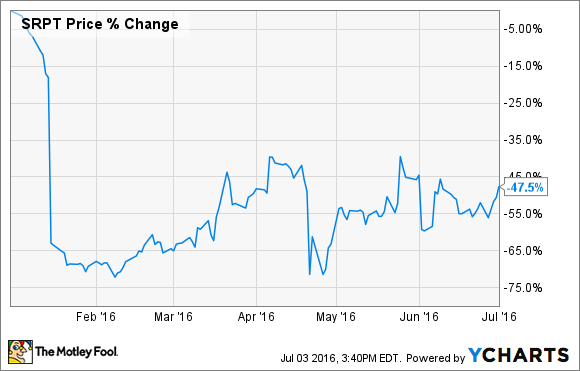 So what: The roller-coaster year has been triggered by a number of important developments. Here's a list of the key news items that have driven the company's share price higher or lower in 2016:

Now what: Determining eteplirsen's chances of success is about as close to a coin flip as it gets.

On one hand, the drug was slammed by the advisory report, and the committee voted against an approval. Added to that, potential DMD treatments from both PTC Therapeutics and BioMarin Pharmaceuticals failed to win regulatory approval in the U.S. over the past year, and that makes the company's chances of success look bleak.

On the other hand, eteplirsen is the last drug standing that still offers hope to the DMD community, and it has received overwhelming support from both patients and providers. That's a fact the FDA will find hard to ignore.

The uncertainty investors now face is extremely high, which makes it hard for me to be either bullish or bearish on this company's future. I'll be staying far away from this company's stock, and I'd suggest you do the same.