An expensive but clear-eyed acquisition lifted the security expert out of its recent doldrums. What's next? 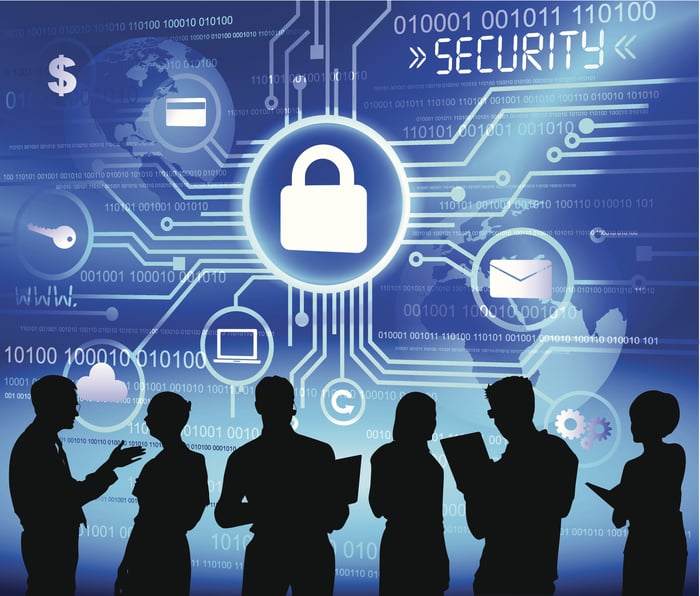 What: Shares of Symantec (NLOK 0.72%) rose 18.3% in June 2016, according to data from S&P Global Market Intelligence. The surge sprung from Symantec's $4.65 billion buyout of privately held data security expert Blue Coat Systems. This sharp jump included, the stock has traded roughly sideways in 2016.

So what: Symantec has been looking for acquisition targets for a while. The company hopes to build a complete end-to-end security portfolio that covers data threats from the data center to consumer pockets and every step in between. Blue Coat serves the enterprise side of that sliding market scale, with a particular focus on protecting web-based transactions and connections.

Now what: Symantec is battling a long stretch of inconsistent and ultimately disappointing results. Trailing sales have declined 28% over the last five years, along with a 69% haircut to Symantec's free cash flows. Rebuilding the company from a collection of plug-in acquisitions will only deepen the cash flow damage at first, but may end up repairing the company's long-term credibility.

For now, Blue Coat's product collection doesn't overlap much with Symantec's own. The combination should lead to plenty of cross-selling opportunities, on top of Blue Coat's existing positive cash flows. Whether or not Symantec can find (and afford!) any further steps in the right direction remains to be seen, but Blue Coat was certainly a good start.