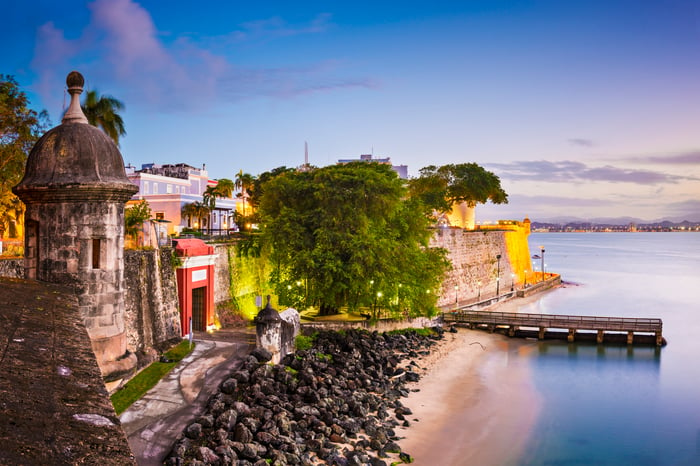 The news of the default wasn't exactly shocking. Puerto Rico's debt has been spiraling out of control for years. Since 2015, Governor Alejandro Garcia Padilla has proclaimed repeatedly that the island's bondholder obligations simply aren't payable. On July 1, Puerto Rico missed an estimated $911 million in bond payments, almost all of which was due to holders of the island's general obligation debt.

The issue at hand, however, is about much more than just a missed payment. It's about the fact that general obligation bonds may not be as sacrosanct as investors once thought. Not only did Puerto Rico fail to make its recent interest payment -- a payment that was supposed to trump all other disbursements, including those owed to police, teachers, and emergency personnel -- but as part of its current restructuring efforts, it's proposing to offer general obligation bondholders just 83.5% of what they're due.

Though the recent default was highly anticipated, and as such, hasn't rocked the municipal bond market too heavily, the whole situation calls the safety of general obligation bonds into question. While some might argue that Puerto Rico is in a unique situation (what with it being a commonwealth and therefore ineligible for Chapter 9 bankruptcy), the fact that its bondholders are facing significant losses means that future investors might rethink the value of buying general obligation bonds.

While municipal bonds offer certain advantages -- namely, the fact that they're exempt from federal taxes, and in some cases, states and local taxes, as well -- they've historically offered lower returns than corporate bonds. Thanks to Puerto Rico's recent shenanigans, investors may be less enthralled by lower-yielding securities that are supposedly backed by the full faith and credit of the issuing parties -- which, as we've just learned, doesn't always amount to much in practice.

Leaving bondholders out in the cold

Current holders of Puerto Rico's general obligation bonds are, at least for the moment, stuck without much recourse. On June 30, President Obama signed legislation calling for a federal oversight board to take control of Puerto Rico's finances, and oversee a restructuring of its $70 billion in debt. The board will be tasked with helping the commonwealth take control of its finances, and reduce its outstanding debt load.

It's unlikely that a restructuring will be finalized prior to year's end, which means that, for now, all bondholders can do is sit back and wait. Obama's legislation currently prohibits bondholders from filing lawsuits against the island -- a move previously employed by hedge funds in an attempt to minimize losses.

The question of recovery

The one thing we can all learn from Puerto Rico is that, even when it comes to general obligation bonds, there's no such thing as a guarantee. While some might argue that Puerto Rico is truly an extreme scenario, there's no telling when another municipality's full faith and credit will be called into question, and how much of a hit its general obligation bondholders will take in the process. Do your research on the feasibility of a municipality being able to repay its debts before buying.

The 2 Best Stocks to Buy for Dividend Growth This December