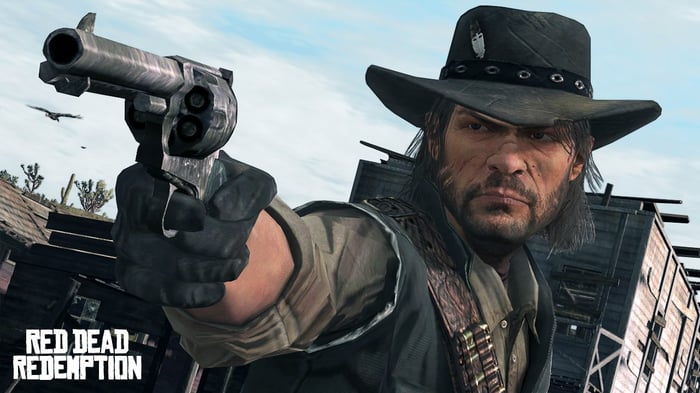 Thanks to a Microsoft program, games built for the Xbox 360 are slowly becoming available on the Xbox One. Take-Two Interactive's (NASDAQ:TTWO) popular Western shooter, Red Dead Redemption, gets its turn on Friday, July 8. Sales of the game appear to be soaring in response.

Gamespot first noticed the jump, which it hailed in an admittedly sensationalist headline that claimed sales were up "6,000%." Ars Technica has since debunked the headline, yet sales do appear to be rising. Amazon.com ranks Red Dead Redemption seventh in Xbox 360 game sales and 112th in sales of all video-game titles. All signs point to gamers snapping up copies of Red Dead Redemption to play on the Xbox One.

Take-Two Interactive doesn't force its various gaming studios to be prolific. Instead, shops like Rockstar Games like to take their time producing epic experiences in hopes that audiences will buy in high volume. The success of Grand Theft Auto V speaks to the strength of this strategy.

Yet there's a downside, too. Old titles have to carry a lot of weight for a long time when there aren't enough new titles to boost growth. Take-Two has addressed this problem with its signature franchise by creating GTA Online, which keeps getting refreshed with new downloadable content. Over one-third of Take-Two's adjusted revenue is now recurring thanks to these sorts of creative strategies for extending existing games.

Which brings us back to the Xbox 360. While we can't be sure that Rockstar is actually working on a sequel to Red Dead Redemption, backwards compatibility means that the existing game gets a longer life -- which means more revenue and profit that could eventually be funneled into developing a new edition of the game, or another like it. Either way, both gamers and investors win.