Please ensure Javascript is enabled for purposes of website accessibility
Log In Help Join The Motley Fool
Free Article Join Over 1 Million Premium Members And Get More In-Depth Stock Guidance and Research
By Jamal Carnette, CFA – Jul 8, 2016 at 10:20AM

This dividend-heavy investment is one to consider. 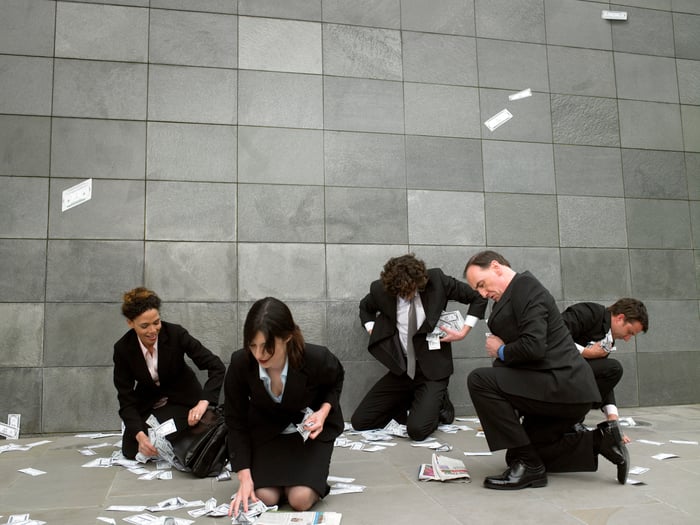 Individual retirement accounts are a powerful tool for retirement planning, but investors need to ensure they're getting the most out of these accounts. What differentiates IRAs from taxable accounts is the treatment of investment gains. While the Roth IRA and traditional IRA differ in tax treatment -- the former is considered a tax-free account and the latter is tax-deferred -- both are free from annual taxation of dividends and interest.

Investors can use asset location to attain "tax alpha," additional performance gained through tax savings. Using the maxim that a penny saved is a penny earned, locating investments in legal accounts that best shield gains from Uncle Sam is nearly as important as choosing the underlying investments. As such, investors should pay close attention to where they place their investments.

With that in mind, let's consider the one company that's made investors the most money from 1968 to 2015. It's not high-flying Apple, Alphabet, or even a Dow Jones stalwart such as ExxonMobil, but rather Altria (MO -0.62%). And for those with no qualms about owning so-called "sin-stocks," it's a stock that investors should consider for their IRAs even today.

Altria has headwinds, but it has for more than 50 years

It's unlikely Altria will be the most successful company over the next 50-year period. After all, smoking rates in developed countries have dropped and will most likely continue to do so. Altria's moves into the adjacent businesses of smokeless tobacco and alcohol are still a small part of its overall profit -- less than 15% of the company's operating income -- although this could increase if the SABMiller/A-B InBev merger is successful. However, Altria faces hostile governments in its core smokeable-tobacco segment: Last fiscal year the company paid nearly as much in excise taxes (read: sin taxes) as it did on actual product costs.

This is nothing new to Altria, however, and the company continues to reward investors. Currently the stock is sitting near 10-year highs. In a perverse way, increased taxes and regulation boosts Altria. For one thing, increased regulation discourages competition, allowing Altria to maintain and grow market share. Increased taxes are simply passed along to addicted consumers, and declining shipment volumes have been mostly offset by price increases.

Altria will continue to be a dividend all-star

At this point, investors are not buying Altria simply for its growth potential. What investors see in Altria are its excellent management team and its capital return policy. Right now the company pays investors at a rate of $2.26 per share, good for a dividend yield of 3.2%. However, the company is quite transparent in its dividend policy, paying investors 80% of adjusted earnings. It's likely that a significant part of the investment's gains will come from dividends going forward.

The most impressive part of Altria's dividend policy has been its above-average growth. In 2011, the company paid out a total of $1.58 per share in dividends, meaning the company has increased its dividend payout 7.4% annually over the past five years, more than five times the amount of inflation of 1.4% during this timeframe. Look for Altria to continue to pay and increase its dividend payouts. For dividend-focused investors, Altria should continue to be a top stock.

Here's why Altria is well suited for your IRA

Altria's dividend-friendly focus is specifically why it's a great pick for your portfolio. Unlike capital gains, which are paid only when the investment is sold, dividend taxes are paid every year. While it's true dividend taxes generally qualify for 15% tax rates, being taxed annually increases the "tag-drag" on returns because of the dampening of the compounding effect, as money comes out of the investment to pay Uncle Sam.

As such, it's advantageous to place dividend-heavy investments in tax-free or tax-deferred accounts such as Roth and traditional IRAs. Altria's commitment to pass along 80% of its adjusted earnings in the form of dividends makes it an IRA-friendly investment, and its shareholder-friendly management with a track record of results makes it a solid dividend investment.