A severe slow-down in billings growth, driven in part by changes in how Box collects payments, gave investors a reason to question the company's growth story.

What: Shares of enterprise cloud storage provider Box (BOX -0.78%) dropped 17.7% in June, according to data provided by S&P Global Market Intelligence. While the company beat analyst estimates when it reported its first-quarter results on June 1, billings came in well short of expectations.

So what: Box reported first-quarter revenue of $90 million, up 37% year over year and about $1.5 million higher than the average analyst estimate. Earnings were better than expected as well, with non-GAAP EPS of ($0.18) ahead of analyst expectations by $0.06. The company added more than 5,000 new customers during the quarter, and it was nearly break-even on an adjusted operating cash flow basis. 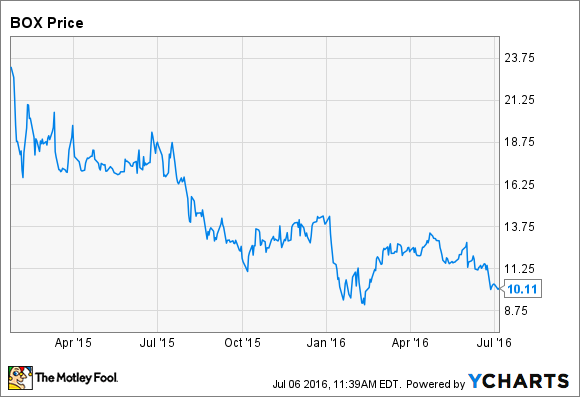 Shares of Box have been beaten down since the company went public early last year, and June's woes only add to investors' misery. Including June's decline, Box stock has lost 55% of its value since its IPO, with concerns about both growth and the company's substantial losses keeping investors away. Going forward, Box will need to prove that the slowdown in billings is nothing to worry about.

Why Box Stock Just Got Crushed
363%