A strong earnings report may have had investors excited last month, but there are big risks ahead. 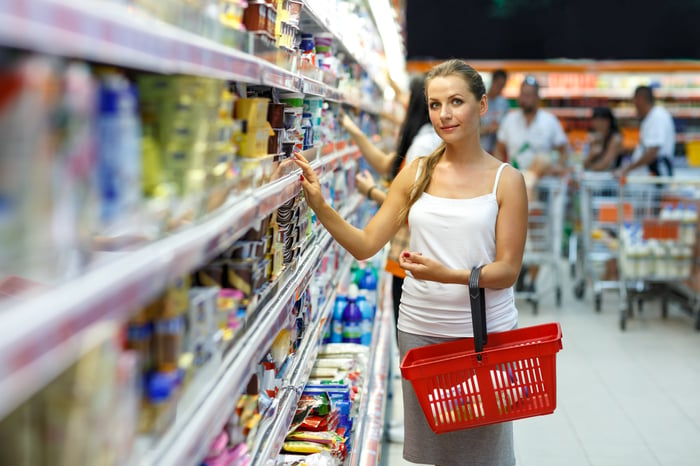 What: Shares of General Mills, Inc. (GIS 2.15%) jumped 13.6% in June, according to data provided by S&P Global Market Intelligence, after reporting better than expected earnings.

So what: Fiscal earnings, released late in the month, weren't very strong, but they beat expectations nonetheless. Revenue fell 9% to $3.9 billion, beating the $3.86 billion estimate from Wall Street, and earnings of $0.66 per share were down 12% from a year ago but beat estimates by six cents.

The results would have been better without currency headwinds, which took 4% out of sales, but the business is still in decline. The only saving grace was costs being cut faster than expected, which led to the earnings beat.

Now what: The slow decline of General Mills' business continues and there's no telling when the company may return to growth. Management expects organic sales growth to be negative next fiscal year and doesn't see positive growth until fiscal 2018. Given the company's decline and its lofty valuation with a P/E ratio of 29, I think even last month's pop is overdone. There's only so much cost cutting a company like General Mills can do and until it returns to top line growth I'll be weary of the stock.