Find out if this fund has the equity exposure you need for your retirement.

Retirement investors with long time horizons know the value of stocks in providing the growth they need to accumulate enough wealth for a financially secure retirement. Yet the volatility of stock-centered funds makes many investors nervous, and balanced funds like American Balanced Fund (ABALX 0.44%) offer a smoother ride by including a mix of stocks and bonds. The fund has a large following, with almost $108 billion in assets and almost 2.2 million shareholder accounts. With its investment strategy of providing long-term growth of capital and income by owning equities while conserving capital and providing current income with bond investments, American Balanced Fund looks like a retirement investor's dream. However, some added costs with its Class A shares hold back performance for this member of the American Funds family, and the maximum limitation on stock investing might make it hard for some savers to reach their goals. 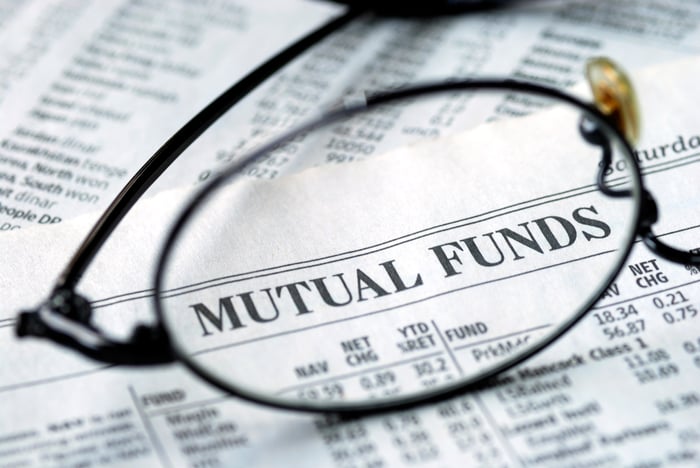 The American Balanced Fund has produced impressive long-term returns for retirement investors. Over the past 15 years, the fund has produced an average annual return of more than 7%, outperforming the average balanced fund and coming close to matching returns of the stock-only S&P 500 index. The fund's 15-year performance puts it among the top 11% of funds in its category, and American Balanced Fund is also in the best 5% of funds in its class for performance over the past three-year and five-year periods.

As a balanced fund, American Balanced Fund holds a sizable bond component, and so its distribution yield is fairly high compared to what many stock funds would pay. Currently, the fund carries a 1.7% 30-day yield as calculated for the Securities and Exchange Commission. In addition, distributions of capital gains on investments boost the overall distribution yield even further.

American Balanced Fund's annual expenses depend on whether you own one share class or another. The Class A shares available to most investors carry an expense ratio of 0.59%, which is just over half the average among balanced funds. However, that ratio includes a 12b-1 fee to cover marketing and sales-related costs.

More importantly, like many American Funds offerings, American Balanced Fund charges up to 5.75% in sales loads when you purchase Class A shares. You can pay a smaller load if you have more money to invest, with lower fees charged for those with $25,000 or more to open an account. Other classes of shares have different fees, and the retirement class options that are available to 401(k) plans and other institutional retirement funds don't charge a sales load and have expenses that are considerably lower. 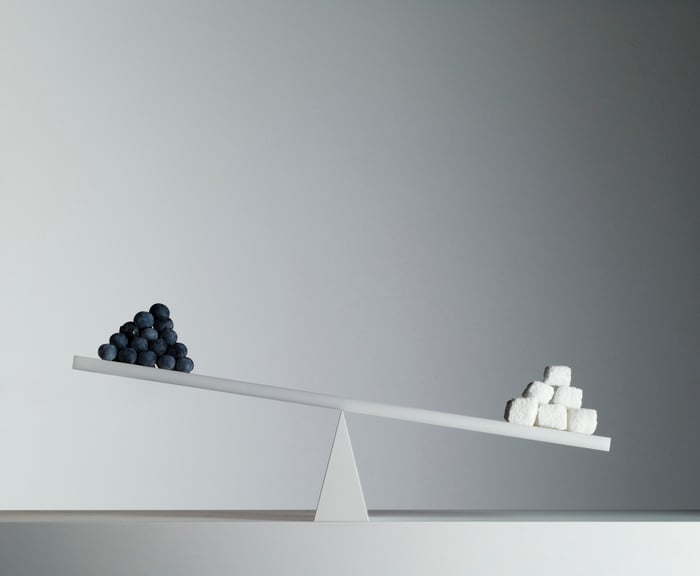 A balanced approach has worked well for investors in the past, but might not continue to do so in future. Image source: Getty Images.

American Balanced Fund currently has about 60% of its portfolio in stocks, with roughly a third of its assets in bonds and the rest in cash. U.S. securities make up the bulk of its exposure in both categories, and the fund maintains a relatively balanced portfolio in terms of choosing stocks in different industries. Consumer stocks and technology stocks are favorites, but the fund has strong financial, healthcare, energy, and industrials exposure as well.

On the bond side, American Balanced Fund's holdings are split almost evenly between government, corporate, and mortgage-backed securities. The fund invests almost exclusively in investment-grade bonds, and it has a strong bias toward short- and intermediate-term securities with maturities within the next 10 years.

American Balanced Fund has a large team of managers, with John Smet and Hilda Applbaum having the longest histories with the fund, dating back roughly 20 years. The fund's advisor is Capital Research and Management Company, of which all nine of its current managers are part.

One big reason why American Balanced Fund has done so well is that the bond market has soared. Rock-bottom interest rates have given bondholders huge capital gains on their existing holdings, but it has also made it difficult to generate income on current holdings. Moreover, if interest rates start to rise, then bonds will lose value, and the added income might not be enough to offset capital losses in the short run.

In addition, American Balanced Fund's sales load is fairly high. Paying $575 upfront on $10,000 is a big hit, especially when it's just going to the broker who sold you the fund. That said, the fund's returns have been high enough to make up for that sales load if you hold onto your fund shares long enough, and its annual expenses are fairly low for an actively managed balanced fund.

Right now, though, the key issue with American Balanced Fund is that investors can't expect its bond holdings to perform as well as they have in the past. As a result, most retirement investors should rely more heavily on stock funds and ease downward on their bond holdings. That means avoiding balanced funds until rates on bonds rise to more normal levels.

3 Reasons Why I Avoid This Type of Mutual Fund
356%