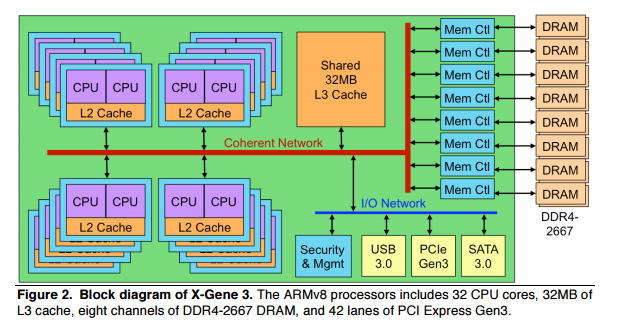 Applied Micro Circuits (NASDAQ: AMCC), a company that made it onto the radars of tech investors as one of the first vendors of ARM (ARMH) server chips, put out a press release today announcing that it will adopt Taiwan Semiconductor Manufacturing Co.'s (TSM 0.15%) 7-nanometer chip technology for future products.

Additionally, the company also provided an update on its upcoming third-generation X-Gene family of products. Let's take a closer look at these announcements and what they might mean to investors.

Nothing surprising about 7-nanometer adoption

The 10-nanometer node, however, is expected to be short-lived for TSMC. The node will likely be adopted for 2017 smartphones by the likes of MediaTek, HiSilicon, and Apple (AAPL -0.80%), but it is generally believed that many fabless companies will skip 10-nanometer and go to TSMC's 7-nanometer technology.

It's no surprise, then, that Applied Micro will skip the 10-nanometer technology node altogether and land its fourth-generation X-Gene processor family on TSMC's 7-nanometer process.

In the press release, Applied Micro said that its third-generation X-Gene processor family is expected to "sample to customers by early 2017." Generally speaking, one can count on at least a yearlong gap between when a processor family samples and when it starts shipping to customers in significant volume. In other words, I believe that X-Gene 3 won't start contributing materially to the company's revenue until 2018.

Indeed, in light of this timeline, it's not hard to see why Applied isn't bothering to move to 10-nanometer. TSMC says that its 7-nanometer technology will go into mass production in the first half of 2018, so by the time that the fourth-generation X-Gene chips are ready to go into production, so too will TSMC's 7-nanometer process.

What this means for the company

Applied Micro has long compared its products to those of server-processor market leader Intel (INTC -0.82%). Although X-Gene 1 and X-Gene 2 do not appear to have been particularly successful in the marketplace, Applied aims to take server-processor share from the chip giant with the X-Gene processor family.

If Intel keeps to an annual server-product release cadence, then we should expect to see the first parts based on its 10-nanometer technology available in volume during the first half of 2018. In that case, Intel would still have a substantial manufacturing edge over Applied, which could make it difficult for the latter to gain share with X-Gene 3.