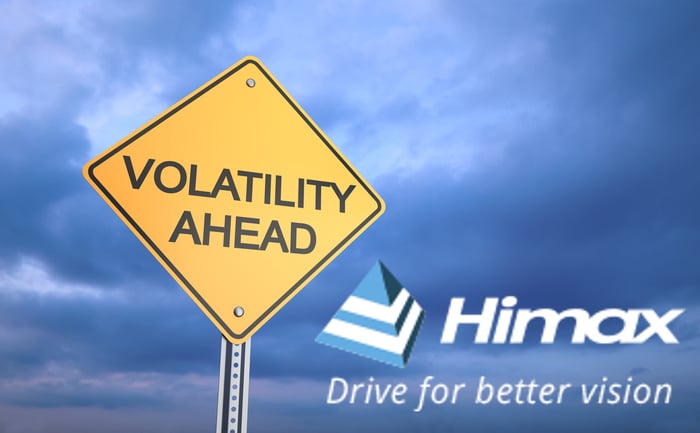 What: Shares of Himax Technologies (NASDAQ:HIMX) fell 15.6% in June 2016, according to data from S&P Global Market Intelligence. The designer of image processors for consumer electronics didn't have any particularly notable news of its own last month, but Himax is closely associated with the troubled smartphone and tablet markets.

So what: Any weakness in smartphone and tablet sales will weigh on Himax's largest customers, which make a living from selling thin-film transistor LCD screens to the device builders. And so it was that Himax started sliding in early June, when the market analysts at Gartner reported drastically slower growth in the global smartphone market. Consumers in mature markets like North America, Western Europe, and Japan are replacing their phones less often than they used to, and market penetration is nearly ubiquitous in these key geographies.

June ended with another sharp share price plunge on heavy trading volume. There was no obvious driver behind that plunge, which probably simply reflected a major investor or two reducing their Himax exposure.

In July, Himax first fell even deeper when Chief Technology Officer Chic-Chung Tsai retired, only to climb back up on a tapestry of unrelated news. The company explained that Tsai's retirement was planned and won't affect R&D operations; a preliminary second-quarter report came in above analyst expectations; and one analyst firm took that opportunity to upgrade Himax to a buy rating due to low expectations and exciting opportunities as the virtual reality sector matures.